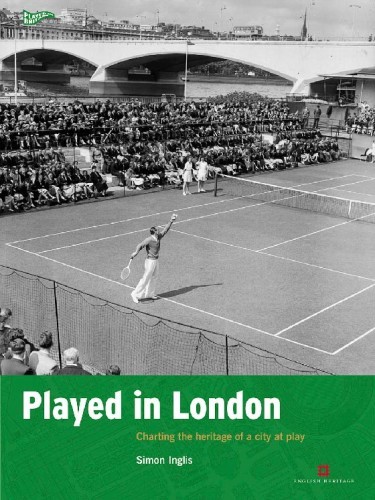 Can any city on Earth claim as dazzling a sporting heritage as London?

Wembley, Twickenham, Lords, Wimbledon, three Olympics, the Boat Race...even a goat race. The list just goes on. This new book by Simon Inglis covers all these obvious highlights, but delves much deeper. Much deeper.

This is not so much a book as an encyclopaedia. If sport is all about stats, here's how this champ weighs up:

Inglis has clearly worked his little socks off, hiking around sports grounds, boathouses, drill halls, stadia and more. The emphasis is very much on the heritage — that is, the buildings, memorials and other artefacts that are still with us — rather than a full-on history of each sport. This focus on the tangible lends the book a general appeal. Even those who couldn't give a puck about sport will find plenty of interest in the architectural and geographical aspects.

To complete this most bounteous of packages, the writing is clear and often entertaining, with an editor's nightmare (but a reader's bonus) of plentiful cross-referencing between chapters. If books could receive medals, Played in London would be hogging the centre of the podium. London book of the year so far.

Played in London is out now from Played in Britain and English Heritage is out now, as part of a wider series on sporting heritage.