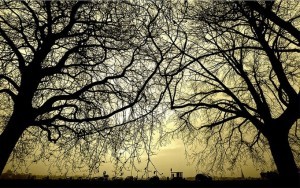 A public consultation by Transport for London has opened today for Londoners to give their views on the proposed Ultra Low Emission Zone (ULEZ).

The ULEZ would start from September 2020 and be in operation 24 hours a day, seven days per week. Drivers whose vehicles don't meet the emission standards will face a daily charge of £12.50 per day on top of the existing congestion charge. London Mayor Boris Johnson said:

"Introducing the world's first Ultra Low Emission Zone is an essential measure to improve London's air quality and reduce NO2. Safeguarding Londoners' health and well-being is a top priority for my administration. I understand that people need adequate time to switch to greener vehicles and help is at hand for those who will be hardest hit, but let's be clear, we need to make these important changes ASAP to continue to improve Londoners' quality of life and give everyone who lives in or visits the city the cleanest possible air to breathe."

London AM Jenny Jones has criticised the Mayor over air quality, saying the proposals are 'too little, too limited and too late' and that nearly half of the capital's main roads will still be over the limit in 2020.

In July, the London Assembly agreed a motion to allow other boroughs to opt into the ULEZ. They have also previously called for the proposed date of 2020 to be brought forward in order to cut the annual 4,300 deaths from air pollution in London. Last week, the Mayor denied allegations that his environment advisor had made 'veiled threats' to pollution scientists after they criticised high levels of air pollution on Oxford Street.

TfL says it is also working hard to reduce emissions from buses and taxis — from 2018, all taxis and new private hire vehicles must be zero emission capable when they apply for a licence. They would also have to pay the same charge as other drivers if their vehicles don't meet the emission standard. Double decker buses in central London will all be hybrid and single deckers will be zero emission. Though as we found out back in September, everyone's favourite New Bus For London might lack appeal outside the capital and end up being a bit on the pricey side.

The ULEZ consultation runs from today until Friday 9 January 2015 and can be found here.

Photo by Paul Biggs in the Londonist Flickr pool.