Diesel Drivers To Be Charged Under New ULEZ 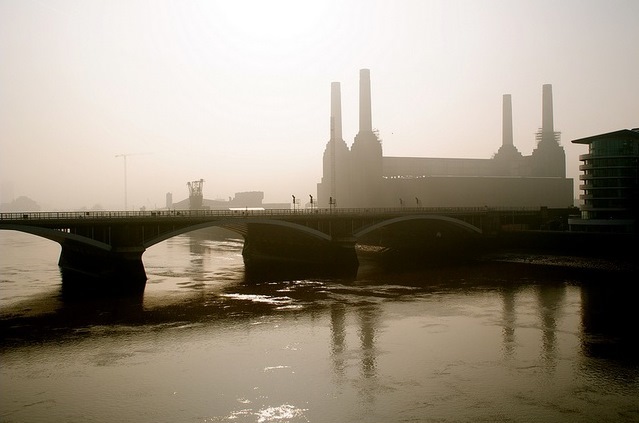 Drivers of diesel cars face an extra £10 charge per day from 2020 to drive into central London under proposals for the Ultra Low Emissions Zone (ULEZ), Boris Johnson announced on Tuesday.

Diesel vehicles which meet the Euro 6 emissions standard are likely to be exempt — new cars sold from 1 January 2015 will have to meet the Euro 6 — but drivers of petrol cars below Euro 4 (or more than 14 years old) will also find themselves having to pay the charge.

Earlier this year, the European Commission launched legal proceedings against the government over missing pollution targets in 2010. Greater London Authority (GLA) and Transport for London (TfL) estimates say a reduction in emissions of around 70% is needed to put London two thirds of the way to compliance by 2020. The mayor believes the ULEZ will deliver that reduction.

There's been quite a lot of speculation about how the ULEZ would actually work, not to mention the question of whether or not a ULEZ charge would apply on top of the existing congestion charge. The answer is that it is expected to be, bumping the daily fee to drive a non-compliant car into London to £21.50, or £20.50 if using Auto Pay.

Diesel cars have long been perceived as better for the environment but aren't great for local pollution levels. Government incentives, like placing them in lower Vehicle Excise Duty (VED) bands encouraged more people to buy them, and the mayor has called on the government and the EC to follow London's example by discouraging diesels under the ULEZ.

The Green Party says that more than a quarter of cars are diesel, but they account for 60% of road traffic NO2 emissions across London. While some parties welcome the additional charge, it stops short of an outright ban and turns the charge into a fine. Labour AM environment spokesperson, Murad Qureshi agrees:

“Instead of banning diesel vehicles completely from an Ultra-Low Emissions Zone, the Mayor is simply fining them £10 for the privilege. And by not implementing this until 2020, Boris is kicking the problem into the long grass. By that time, Boris will have left City Hall four years previously, and around 51,000 Londoners will have died prematurely since he took office in 2008."

Green Party AM Jenny Jones also tweeted that the ULEZ will only cover around 7% of London's roads while Clean Air in London founder Simon Birkett published a statement ahead of the mayor's announcement:

"Boris is backtracking on his own plan to ban the most-polluting diesel vehicles from Central London from 2020 by allowing these vehicles to drive in for a tenner a day."

The Public Health England (PHE) organisation has said at least 25,000 deaths in England were linked to pollution, with Oxford Street having the highest NO2 levels in the world. The mayor's environment and energy advisor Matthew Pencharz disagrees:

"Pollution levels in London are in fact lower than in many other world cities: average levels of nitrogen dioxide (NO2) from monitoring sites near busy roads in Stuttgart, Paris, Munich, Rome and Milan are all higher than those recorded for London."

Boris Johnson also said back in March that the ULEZ would negate any need for emergency pollution-tackling measures like the ones made in Paris. In his speech last night, the mayor said:

“Improving London’s air quality is an urgent challenge, it affects the health and well-being of all Londoners, and it simply cannot be put on hold. Here at City Hall we are doing everything in our power to address it. At the heart of this are my plans for the world’s first Ultra Low Emission Zone in central London from 2020. This will be a game changer, but with just a little more energy, ambition and action from Westminster and from Brussels, London can meet the EU limits for NO2 by 2020. It is possible, and together we can make it happen.”