What Do We Do About Bad Landlords?

By BethPH Last edited 93 months ago
BethPH What Do We Do About Bad Landlords? 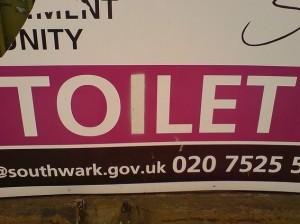 Renting property in London can be a bit of a minefield for tenants. We recently looked at some of the capital's worst landlords and wrote a guide to tenants' rights, but what actually happens when a rogue landlord is exposed? We've put together an explanation of the penalties for dodgy landlords.

With the demand for rented accommodation increasing dramatically over the last few years, many people find themselves priced out of decent homes and end up moving into properties which are little more than converted garages. Newham council launched a licencing scheme for the borough's landlords to tackle the problem of beds in sheds. After January 2013, all landlords in the borough have to pay for a property licence. Failure to do so or breaching the conditions could mean fines of up to £20,000. The council also has powers to take control of unlicensed properties taken away from landlords, and order repayment of up to 12 months rent to the council or tenants.

Barking and Dagenham will also impose compulsory licencing on landlords as of 1 September this year, with fines of up to £20,000 for unlicenced properties. Like Newham, they can also take over management of the property and demand repayment of up to 12 months rent. Enfield council plans to follow suit in 2015. But has anyone actually been fined? Newham prosecuted 134 unlicenced landlords and issued warning letters and cautions to others.

All landlords of HMOs must be licenced. That's house shares to us and, according to the government's guidelines, means property rented out by at least three people who are not from a single household but share a bathroom and kitchen. A large HMO is occupied by five or more tenants over three floors and sharing a kitchen and bathroom. Local authorities issue licences and landlords of unlicenced HMOs face prosecution and fines. A west London landlord was fined £40,000 in June for keeping tenants in dirty and overcrowded conditions.

With no other national (or even regional) compulsory scheme in place, most enforcement over beds in sheds or breach of HMO rules falls to the local authority. All boroughs have housing and planning enforcement groups which can be found on the relevant council's website.

As we pointed out in our tenants' rights article, no matter what they might try and tell you, the landlord is responsible for repairs to the property.

If they fail to do the repairs (and this includes ignoring tenants' calls), the council's environmental health department can do the repairs itself, bill the landlord and fine them. An Ilford landlord was recently fined £66,000 for renting a property in an unsafe condition.

If you're harassed by your landlord or evicted illegally, councils can prosecute under the Protection from Eviction Act 1977. But, as this Guardian article highlights, the use of criminal laws could mean bad landlords aren't being sanctioned as heavily as they would in civil courts. Though one east London letting agent received a suspended prison sentence and community service after harassing and illegally evicting a tenant.

What if you're renting through a letting agency? We've all heard horror stories about eye-watering admin fees and lackadaisical property management. Letting agents aren't currently required to belong to any kind of government-approved redress scheme. New legislation will be put in place later this year which will require agents to join the Property Ombudsman, Ombudsman Services Property or The Property Redress Scheme. They will investigate complaints about hidden fees or poor service and could order compensation be paid to the tenant.

If you rent a property via a letting agent, they are still required to use one of the government-backed tenancy deposit schemes (TDS) — Deposit Protection Service, MyDeposits and Tenancy Deposit Scheme — and provide you with the details within 30 days. If they don't, they can be fined up to three times the amount of your deposit. Newham had a crackdown on more than 100 letting agents, closing four of them down for 'unfair or illegal business conduct' and fining others for not properly protecting tenants' deposits.

While the London Rental Standard (LRS) scheme was launched last year, it remains voluntary and as we've previously pointed out, dodgy landlords aren't likely to sign up so its use is limited. Proposals to reform the private rental market were also voted out in June.

There are routes that tenants can take to complain about bad landlords, but it's not always easy to find out how to do it. Vulnerable tenants, or those for whom English isn't a first language may struggle to negotiate local authority processes. The reality is that while there are sanctions against bad landlords available, and which are applied, a lack of cohesive legislation means it can take a long time for a council to put them out of action.