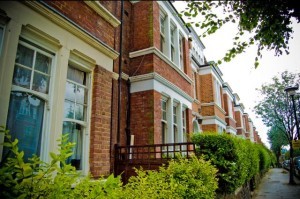 While we were putting together our article about Build to Rent, we started thinking that the biggest plus to the scheme is that it replaces dodgy landlords with professional, reputable companies. We also started thinking about all the times we've been screwed over by landlords (and letting agents; Build to Rent also removes the need for that middle man) so we asked people following the @Londonist Twitter account to tell us their stories.

Here's a selection of the replies we got. Fairly terrifying — and sadly, from conversations we've had in pubs, not as uncommon as you might think. You can see more on the #ldnlandlord hashtag.

Ah, yes. This last one reminded us of an incident long-since buried: the landlord owned the whole building we lived in and tenants paid council tax in with the rent. Except the landlord thought he only had to pay council tax on the one building, not all eight flats. The council thought differently and sent the bailiffs round. To the tenants. Despite the council tax bills being addressed to the landlord. (Thanks again, Haringey.)

Your landlord has the right to enter the property without notice in an emergency. Other than that, you should have 24 hours notice before they turn up. If your landlord/agent lets him or herself in without permission, they're actually trespassing.

Who are these landlords who consider your flat their personal crashpad?

It's not always your landlord's fault.

The 'for god's sake, why don't tenants have more rights?'

Because they're not all bastards.