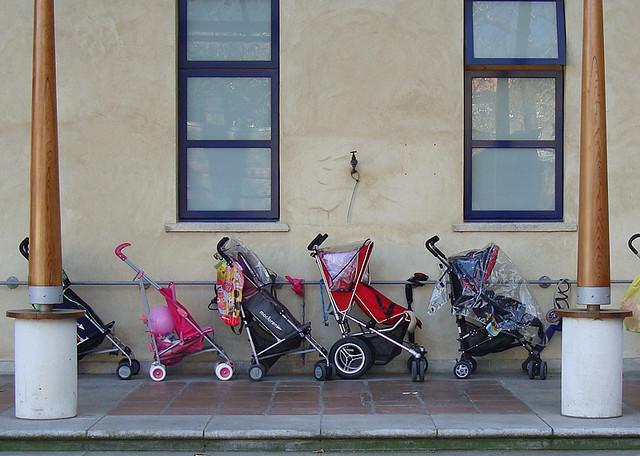 You've had your kids, done the sleep deprivation, bought the neverending stream of nappies and clothes that they grow out of, like, every month and now you're thinking about going back to work. But for many parents the cost of childcare means it's actually cheaper for one parent to remain at home.

A new report from the London Labour party looks at childcare costs in the capital. It says the price of childcare in London has risen 19% over the last year and uses figures from the Daycare Trust that calculate the average cost of a nursery place for an under two year old as £14,000 a year. A full time job paying minimum wage brings in around £11,500 a year, or around £16,000 on London Living Wage – but that's all before tax. This isn't an issue that only affects the lower paid; Londonist can anecdotally recount several middle-income friends who have done the salary vs childcare calculation and decided it's just not worth it.

This takes skills and tax income out of the economy from parents who would otherwise choose to work. From 2015, the government will pay for up to £1,200 of care per child, and from 2016 there's a complicated sliding system planned under universal credit (if that ever gets off the ground).

There are other, knock-on effects of not being able to afford childcare. The Guardian recently ran a story about the situation of Nikola Gardner, a mother of two currently living in Enfield. Gardner's mother used to look after her children but since her death, Gardner hasn't been able to afford the childcare to allow her to go back to work. Originally living in Islington, the council has moved Gardner and her family to Enfield but the benefit cap means they may be moved as far as Grimsby to find somewhere available and affordable.

The Labour party recommends several actions the Mayor could take to help parents: encourage local businesses to set up joint childcare arrangements, work with the government to introduce a London weighting to the childcare section of universal credit, expand current investment in breakfast and after school clubs and push for more family friendly practices in the capital's workplaces.

"The average cost of a London nursery place for 25 hours is now more than £140... Many people in my constituency in minimum wage jobs take home around £210 a week, but the cheapest nursery place in Islington is more than £160. That can't be right."