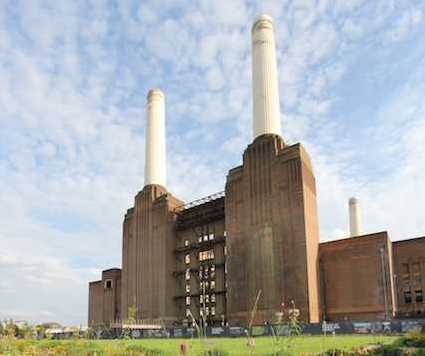 Good news for fans of Battersea Power Station, as the parkland surrounding the beautiful beast will host a series of film screenings (and the World Cup final) this summer.

Everyman Cinemas has paired up with the Power Station for a summer of pop-up entertainment. The Power Of Summer offers the public a last chance to access Battersea Pop-Up Park before the area is redeveloped.

It's very much a family affair with child-friendly films The Jungle Book and Toy Story being screened on Saturday afternoons. Later on, the grown-ups get their chance, with the likes of Pulp Fiction, Wayne's World and Drive on the bill.  See the first fortnight's line-up and book tickets here. Later dates will be added as the summer progresses. Premier tickets let you watch films in the privacy of a sheltered pod for you and your friends, with table service.

On 13 July, you can watch the FIFA World Cup final, as well as a re-run of England's 1966 World Cup final. Watching this is free with entry to the park. Keep an eye on the website for booking details.

If you just fancy having a wander around the park and basking in the architecture of the Power Station, the park is open from 4pm daily and general admission is free from Monday to Wednesday and before 6pm on Thursdays and Fridays. Street food connoisseur Street Feast London will provide refreshments throughout the park's opening, alongside a licensed bar.