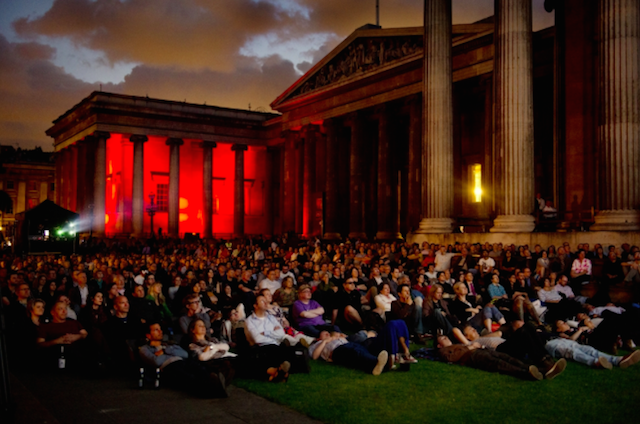 Following on from BFI's successful Gothic season screenings at the British Museum last year, it will be showing a series of sci-fi films at the museum in August, with tickets on sale at 11.30am today.

Classic films Flash Gordon, The Day the Earth Caught Fire and The Man Who Fell to Earth will be projected onto the biggest screen the BFI has ever installed in the grounds of the British Museum. Each screening will have special guests, and we're also promised 'a chance to participate in the terrestrial fun'. No word yet on what such participation might involve. With up to 1,200 people at each event in the forecourt of the museum, the screenings are bound to be atmospheric.

The screenings are a warm-up to BFI’s major, UK-wide sci-fi project, Days of Fear and Wonder, which launches in October and will feature over 10 film and television titles.