Secret Cinema Recreates Back To The Future Town In London 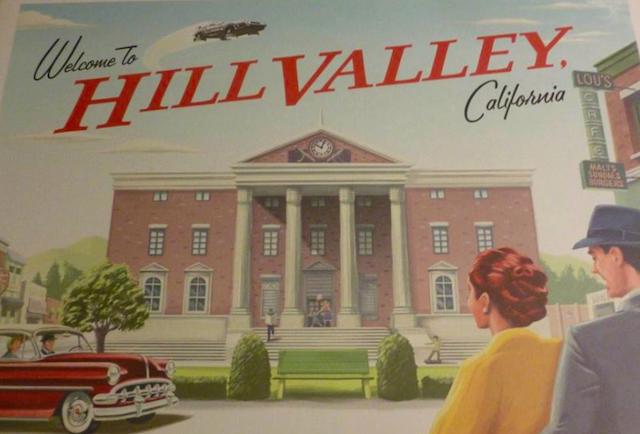 UPDATE: Due to popular demand, 12 extra dates have been added for this event between 14 and 31 August. Tickets for these go on sale at 1pm on 11 June. Buy them here.

As classic films go, Back To The Future is up there with the best of them. So imagine our excitement when we learned that those film geniuses at Secret Cinema are bringing Back To The Future alive in a special immersive film event.

By the very nature of Secret Cinema, little information is available about the event, but we're led to believe that Secret Cinema will be recreating the entire town centre of Hill Valley, where a time-travelling Marty McFly met his parents at a younger age, at a secret location in London.

The event runs from 24 July- 10 August. Tickets go on sale at 1pm tomorrow (4 June), and are likely to sell out fast. Great Scott!