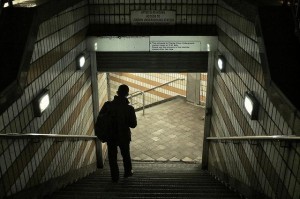 Boris Johnson has instructed Transport for London to look into ticketing options for people who work part time or flexibly. At Wednesday's Mayor's Question Time he said TfL is looking at "ticketing products which specifically address the needs of part time workers".

Apparently it's all down to payment flexibility offered by contactless payment, now being rolled out across the network, and any benefits identified for 'wave and pay' will be matched by other methods. Flexible ticketing should be available early in 2015.

Flexible ticketing options, usually in the form of a 'part time travelcard' covering three days a week, has been a cause of the Liberal Democrats for several years. Labour and the Conservatives have also got behind the idea. However, as recently as last October, Boris Johnson dismissed part time travelcards, telling Caroline Pidgeon:

"I am not going to fool around and pretend to you that I am going to go off and ask TfL to look at this again. They have looked [at] it. They have concluded that it is not a sensible way forward. We are using contactless payment systems to produce an identical effect in what we think is a better and more progressive way. We do not want to have people bamboozled by an endless series of different fare packages."

Today he says he was convinced by Conservative Assembly Member Roger Evans's arguments in his report on home working, produced last February. (Hilariously, all three Assembly groups are claiming credit. It'd be nice if, on something like this, it could be touted as an example of cross-party working.)

Obviously, it's still to be decided what the costs would be or how a part time travelcard would work, but if a weekly zone 1-4 PT travelcard was – say – £30 (weekly travelcard costs £45), that would be £1.80 cheaper than using Pay As You Go during peak periods. Every little helps.

And taking a tortuous link from a supermarket's slogan to actual supermarkets, TfL has announced collection facilities at stations for Tesco, Waitrose and locker company InPost. Asda customers have been able to pick up their shopping from East Finchley, Harrow & Wealdstone, High Barnet, Highgate, Stanmore and Epping stations since November, a programme that will be extended. Tesco and Waitrose will install facilities at six stations (it's not yet clear if they will be different stations). Last month it was also suggested that the soon-to-be-vacated ticket offices could be turned into small shops or more collection points.

Photo by Pavan Chavda from the Londonist Flickr pool.