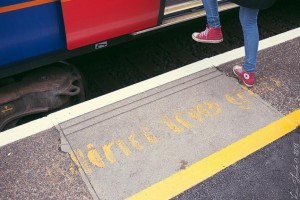 The poorest Londoners are paying the highest travel fares, because they can't afford to take advantage of longer, discounted travelcards that need a larger initial outlay, says a report from London's Labour party.

This is obvious when you stop and think about it, but since we doubt many of us have actually stopped and thought about it, we'll go on. An annual zone 1-4 travelcard costs £1,800. Twelve monthly zone 1-4 travelcards cost £2,073.60, and 52 weekly zone 1-4 travelcards cost £2,340. Even taking into account that most people take about a month each year as holiday (and assuming people spend that holiday not leaving the house), that still puts people who don't have the means for that initial bulk purchase or access to season ticket loans at a significant loss.

Before we get into the world of total conjecture, Labour quotes some interesting Transport for London figures. 87% of weekly travelcards are bought by people earning under £30k pa; buying weekly travelcards has added around £1.06 per journey since 2009 compared to buying an annual ticket. Just 20% of tube users earn more than £30k a year.

Labour makes various suggestions about making the fares burden easier on people: lower fare rises, brilliant suggestions that often get floated but never seem to go anywhere like one hour bus tickets, part time travelcards, 'early bird' fares and loyalty discounts for PAYG users. But none of these will combat the issue that the wealthier have access to cheaper travel. We don't think those discounts should be taken away, but perhaps more effort should be taken by TfL to ensure everyone has access to them. Oh, and maybe bring down bus fares.

Photo by Kentaro Tsuda from the Londonist Flickr pool