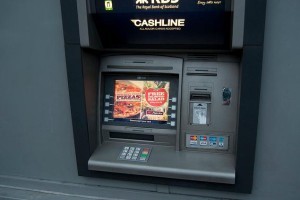 As we saw earlier in the year, the London Living Wage is essential if you're to have any chance of living in this city without having to rely on benefits (but even then, if you have a family there needs to be two people working full time). Around 20% of Londoners earn less than the new Living Wage – but includes 48% of part-time workers – and 13% earn less than than the poverty threshold wage of £7.65 per hour (minimum wage is £6.31).

That's why the main news from this year's London Living Wage announcement is the rise in the number of companies signed up to pay it. In 2012 (PDF) there were 78; in 2013 (PDF) there are 214. And there are more employers currently in the process of being accredited (90) than there were last year.

According to the London Assembly Greens, there are 1,350 big businesses in London, so this 214 shows what a distance there is still to travel. But as publicity around, and acceptance of, the Living Wage grows and the benefits to businesses as well as employees becomes clearer (more company loyalty, lower staff turnover), hopefully momentum will gather. Especially as this year's calculations means that more Londoners by proportion are now earning below the Living Wage and poverty threshold than in 2012.

Photo by James Davies from the Londonist Flickr pool