Why Don't People On Low Incomes All Live In The Cheap Bits Of London? 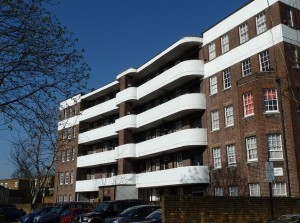 So we've established that it's possible, just about, to live in some of the cheapest bits of London on a low income if there are two of you. So why doesn't everyone live in those areas and save the state from topping up higher rents with housing benefit?

There's one very practical reason, as a press spokesman for London Councils, the non-political body representing all of London's councils, gently pointed out: there isn't enough housing in, say, Tottenham or Catford for everyone on a low income. 700,000 people in London earn less than the living wage. Lewisham borough has a population of 276,000, Haringey 254,900, not all of whom are exactly crammed into crappy ex-council flats (hello Muswell Hill and Brockley).

Then there's the Paris problem. The French capital has ended up with many of its low income residents living in the outskirts, the banlieues, a word which in this context carries heavy connotations of poverty and deprivation. We're of the opinion that one of the great things about London is its mixed communities where everyone muddles through together, something that's starting to change as the rich take up more of central London and a study of housing benefit claimants shows a movement from inner to outer boroughs.

Another extra burden is what used to be council tax benefit paid by central government, now council tax reduction paid by local councils but with a 10% funding cut that councils either have to absorb or pass onto claimants. People on low incomes clustering into particular areas means larger clusters of claimants for council tax benefits, and the borough has to decide whether to take the hit or push it back. Internal London migrations mean councils like Kensington and Chelsea, with reserves of £224m, will have to deal with fewer of these pressures than councils like Tower Hamlets, with reserves of £25.8m.

Certain councils are also feeling the brunt of this movement when it comes to trying to place homeless families. We've all seen the stories about people being sent to other cities, and Shelter has created a map to show where people were moved to in 2012. Very few end up in, say Kingston upon Thames, but lots end up in places like Brent and Newham. Which then makes stories like the six families moved from Newham to a hotel in Birmingham fairly inevitable, because the local housing's already in use.

And the market being the market, if there's an influx of people looking for cheap properties in a cheap area, that area won't stay as cheap for long – which affects everyone renting there. A recent report from the Department of Work and Pensions (PDF) interviewed landlords about the impact of housing benefit reforms. The initial hope of the government was that landlords would reduce their rents in response to benefit caps but although around 10% have done so, on what appears to be a case-by-case basis, landlords in London are blithely aware that there is enough demand to allow them to maintain rent levels. One landlord from Barking and Dagenham said:

In the last six or 12 months the rent in the private market has really shot up. To give you an example I’ve got a three bedroomed house, one in Dagenham, it’s £950 a month [on housing benefit]. I can get £1250, £1300 a month now private. So going back to your question, I wouldn’t reduce the rent.

It’s very healthy, there’s no shortage of tenants. I can say that for every one vacancy that we may have at any one time we can easily line up five to 10 tenants, privately or on Housing Benefit.

And a landlord in Hackney:

For landlords I think it’s fantastic, there aren’t enough properties, people can’t afford to buy...there’s too many renters which means that every property is virtually like gold dust which in turn is driving the price of rents up.

Patrick Butler in the Guardian also identified another problem keeping people out of the cheaper, outer boroughs: most of London's rental properties are in the inner zones. Thinking back to our fictional family on a low income, we had a look at various areas for total numbers of two bedroom flats, at all price points, that Findaproperty.com had available:

Of course, nobody has a right to live exactly where they want to. But if people have family ties to an area, if they grew up in one part of London but property prices have made it impossible to stay near family and friends (people who may help look after the kids, or may need care themselves), if the kids are in school or someone's got a regular relationship with health or social workers, then it's ridiculous that London's lack of decent, affordable housing means that people can't stay with their roots. Or are forced to live somewhere they can't afford, simply because that's all that's available.

Tomorrow: is there anything that can be done?

Read more: Is it possible to live in London on a low income? and What are the solutions to London's housing crisis?