Time Travel London: Vicky And Bert Chillin' In the Park 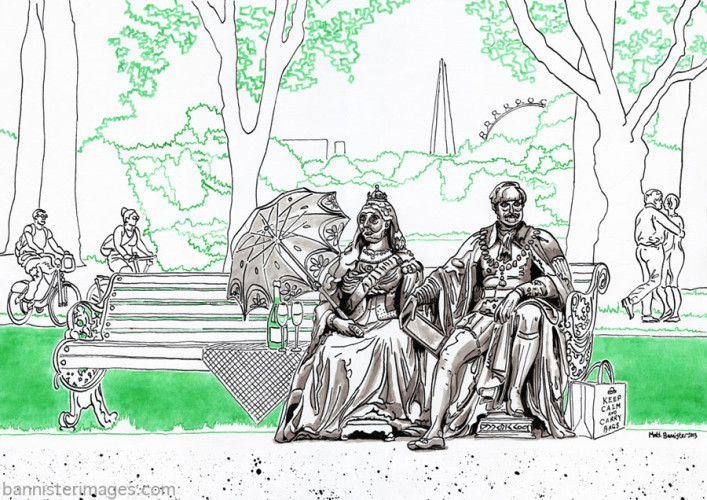 Continuing our series of images combining modern and historic London.

Matt Bannister sends us this summery image of Queen Victoria and Prince Albert enjoying some respite in a 21st century park. Her Imperial Majesty looks around, wondering what has become of her empire. What is this new crystal palace that rises to unheard-of heights in the background? And what strange regal appurtenances is Albert carrying?

We’re still looking for further entries in the Time Travel London series. You can make your image with paint, pencils, collage, iPad, Photoshop…whatever you like. The only rule is that your creation should depict some aspect of London’s past alongside something from the modern (or future) city. We’ll arrange an exhibition of the best images. Thinking caps on, and send entries to matt@londonist.com.