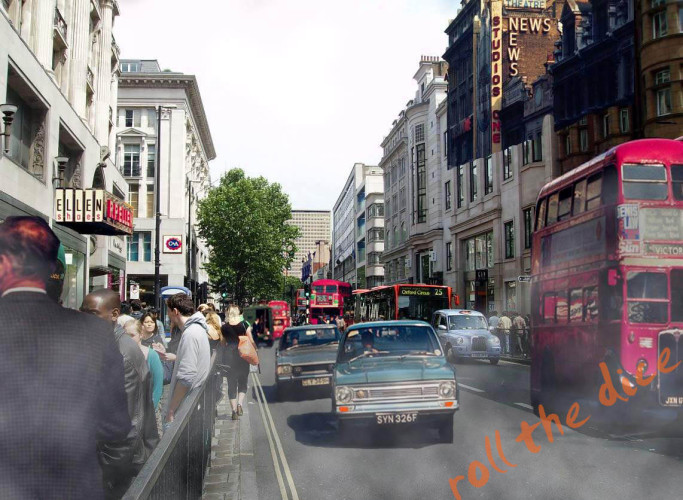 Oxford Street is one of London's oldest roads, following the same route as an ancient Roman road. Here, Londonist Flickr contributor 'Roll The Dice' merges scenes from 1968 with elements from a similar shot taken in 2007. See if you can work out which parts are from which decade.

We’re still after further entries in the Time Travel London series. You can make your image with paint, pencils, collage, iPad…whatever you like. The only rule is that your creation should depict some aspect of London’s past alongside something from the modern (or future) city. We’ll arrange an exhibition of the best images. Thinking caps on, and send entries to matt@londonist.com.