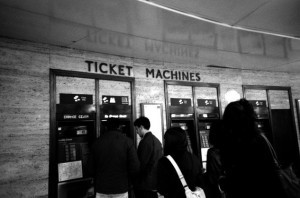 The honeymoon appears to be over for users of the Barclays Cycle Hire scheme, who will face the biggest increases. Daily access charges will double from £1 to £2, weekly from £5 to £10 and annual membership from £45 to an eye-watering £90. But, as TfL admitted in August, the scheme hasn't been paying its way so perhaps it's not surprising to see increased fees to bolster those Barclays sponsorship millions. Green Party AM Darren Johnson disagrees with the cycle hire rises:

“Cycle hire is a great innovation which is meant to encourage all Londoners to get on a bike. I hoped that the long overdue expansion of cycle hire into new areas of London would encourage poorer Londoners to give it a go, but raising the access fee will put people off. Cycle hire needs to be more self financing as it expands and that means the Mayor must negotiate a far better deal over sponsorship.”

Back in July, the prediction was that fares would rise 2% above RPI, but a government grant of £96m has brought it down to the RPI+1 figure. The cynical amongst us won't be surprised at the choice of day to announce fare rises — the US presidential election result makes today perfect for imparting bad news. TfL are also quick to assure us that tube reliability is at record levels. The mayor said:

“This fares package is hugely important to our millions of passengers and I am very pleased to have secured nearly £100m that will help to keep fares as low as possible, and protect the important concessions that we offer the most vulnerable Londoners.”

Those who followed the mayoral election campaigns may remember that transport fares were Boris and Ken's favourite stick to beat each other with — Boris said in his manifesto that he would 'bear down on fares' but improve infrastructure with...erm... fare increases. So we suggest you apply your own interpretation.

How does the latest increase stack up against previous fare rises? See our fare comparisons for the last few years.