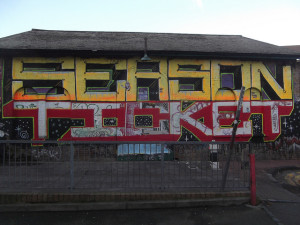 Here's the amount by which your train fare will increase next year: roughly 6.2%. The Retail Price Index (RPI), the inflation indicator used to calculate things like fares and social rents, for July was 3.2%. The price of regulated fares, which includes season tickets, is worked out by the formula RPI + three.

Transport for London adds two, not three, to RPI to work out fares so expect travelcards to rise by an average of 5.2% in January, unless Boris can persuade George Osborne to give him another grant to soften the blow. We can't see that happening: there's no imminent election and predicted fare rises for 2013 are lower than the 7% initially planned for 2012 – lower even than the actual 2012 fare rise of approximately 6%. But that's down to lower RPI, not any political influence.

There have been protests at Euston, Waterloo, King's Cross and Kentish Town (why Kentish Town? Anyone?) at this additional squeeze on commuter pockets, during a recession, for what are already the highest train fares in Europe. Towards the end of the election Boris Johnson started to say he would "bear down" on fares without ever really explaining what he meant. Now would be an excellent time to come up with a definition, BoJo.

So here we are, back to earth with a bump. We miss the Olympics.

Photo by M@ from the Londonist Flickr pool. See how fares in London have changed 2000-2012.