Top 10 Things To Do In The City Of Westminster

By Londonist Last edited 119 months ago
Londonist Top 10 Things To Do In The City Of Westminster
Our tour of the boroughs reaches perhaps the most familiar, the City of Westminster.

The City of Westminster is the only true borough that also has city status (the City of London is not, technically, a borough). The area encapsulates what many visitors think of as London. From Hyde Park and the Royal Albert Hall to Soho and Leicester Square, Westminster is much more than a parliament building. It also stretches further north than some might imagine, taking in such areas as Paddington and Maida Vale.

Longtime Westminster resident Sam Roots offers an excellent take on the best 10 things to do in the borough. But these are just the views of one person, so please suggest your own favourites in the comments, and we'll add them to the article.

Best green spaces: Westminster includes, in whole or in part, five of the nine Royal Parks: Hyde Park, Kensington Gardens, Green Park, St James's Park and Regent's Park. Each contains vast expanses of green, complete with lakes, rose gardens, sports facilities and squirrels aplenty. There are also dozens of residential squares, some of which are open to the public. Paddington Street Gardens, round the back of Marylebone High Street, is one of the more central of these, and its historical plaque is crammed with interest. But the most perfect urban oasis has got to be the churchyard of St Paul’s, Covent Garden. That big portico looming over the performers in the piazza isn’t the front of the building, you know…

Best pub: The Warrington in Maida Vale, just around the corner from Abbey Road and Little Venice, is a gem in more ways than one. With marble fireplaces, stained glass windows and gold leaf ceilings, this is a grand but great place to enjoy a relaxed pint with friends. Close runners-up would be the Crown and Two Chairmen in Soho and the Coach Makers in Marylebone.

Best sculpture: After 16 years in restoration, Henry Moore’s Arch was returned to Kensington Gardens in summer 2012. Bringing to mind a fragment of bone, or perhaps Stonehenge, this is a superb foil to the formality of Kensington Palace. Those exiting Tate Britain onto Millbank in Pimlico might care to look up to their right to find a statue of the dancer David Wall by Enzo Plazzotta.

Best museum: London Transport Museum is a real star. Aside from some interesting history about London's historic and complex transport systems, the exhibits give a real sense of London as being more than the sum of its parts. Alas, it’s not free, but a ticket does last you an entire year. Fee shirkers can swan over to the gilt-edged grace of the Wallace Collection instead, for a stunning selection of old master paintings, furniture, armour and other fine things. 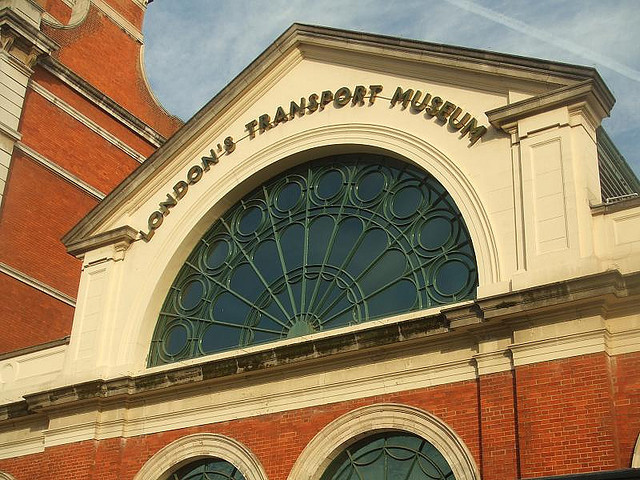 Best free view: At the turn of the millennium, the beaten-up, dangerous pedestrian walkway on the north-east side of Hungerford rail bridge was replaced by twin suspension footbridges, known as the Golden Jubilee Bridges. Fans of engineering can marvel at the way the footbridge is supported by the tension between inclined pylons without putting any weight on the older rail bridge. The rest of us can enjoy the spectacular views, especially at night.

Best film set: Where to begin? The Da Vinci Code hype is at last dying down, so you might have a shot at seeing Westminster Abbey or the Temple Church. Cecil Court near Charing Cross Road is otherwise known as Diagon Alley. Platform 1 of Paddington station starred in Narnia. Just occasionally, lucky visitors may be able to arrange a tour of the now-disused Aldwych station, used in V for Vendetta and many other films.

Best outdoor dining: Branching off Oxford Street, St Christopher’s Place has now been discovered by most Londoners — maybe it has to do with the purple-clad bellboy they now employ to point people towards it — but Oxford Market is a quiet little nook, just busy enough, and the perfect place for a bite outside in the sun.

Best cheap eat: I’m a big fan of the £8 pizzas at the family-run La Porchetta Pollo on Old Compton Street, Soho (not to be confused with the La Porchetta chain). This place has much more than pizzas on offer — you'll find fairly priced Italian comfort food galore — but it always seems a shame not to take advantage of the wood-fired oven. Even better, you hardly ever have to wait for a table here. If this isn't your thing, the Stockpot next door is definitely worth a try.


Best coffee: It’s got to be Flat White on Berwick Street, Soho. The eponymous and increasingly popular beverage is somewhere between a latte and a cappuccino with an Aussie twang. This coffee bar, staffed by real-life Antipodeans, has a cosy atmosphere and tasty treats and can do coffee any way you want. But making a good flat white takes skill, and that's what marks this place out. £2.50 for a flat white to drink in. For a more British flavour, go to Foxcroft & Ginger a few doors down the street, with tasty Monmouth coffee at reasonable prices (again, hovering around the £2 mark) and a range of delicious sweet and savoury snacks to suit the time of day.

Best cocktail bar: For the well-heeled, look no further than Galvin at Windows Bar on the 28th floor of the Park Lane Hilton. Those suffering from vertigo (either from the view or the prices) may prefer an almost-as-good experience at 5th View in the airy art deco of Waterstones, 203-205 Piccadilly.

Got your own favourite Westminster tips? Let us know in the comments below and we'll add them to the article.