Top Ten Things To Do In The Borough Of Bromley 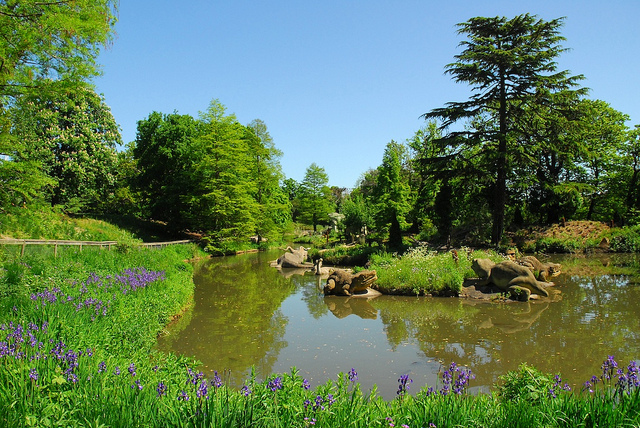 The biggest (geographically) of the London boroughs, Bromley stretches from Crystal Palace in the west to the Cray valley in the east. It reaches out to the borders of Kent countryside in the south, where some of suburban London’s best attractions can be found. Here are some Bromley borough gems:

Best shopping. A medium-sized, practically designed shopping mall, the Glades in Bromley town centre isn’t sexy but south-east Londoners from all over prefer it to schlepping into town or getting on the motorway for Bluewater. Since the recession, it’s been quieter than ten years ago, when it was uncomfortably crowded, and all high street retail is here.

Best pub. Admittedly, Bromley doesn’t lead the field when it comes to drinking holes. One great local is the Rambler’s Rest, situated by a cricket ground in leafy Chislehurst. Plenty of real ales and plenty of outdoor space make it a good summer spot.

Best attraction. Also in Chislehurst is a faintly bizarre curiosity to find in the 'burbs: Chisehurst Caves. Well, man-made mines actually, but a local attraction for more than a century. An ammo dump in World War I, an air-raid shelter in WWII, and more recently a music and film set venue, the Caves are now a family-friendly tourist attraction with hourly tours.

Best event. Biggin Hill Airport was a central base for the RAF during the Battle of Britain. Today it serves mainly business aviation but is famous for the Biggin Hill Air Show, which sadly ended last year following long-term financial problems. In its place, the airport will run an Open House Air Day in September.

Best history. Down House, right near Biggin Hill Airport, was home to Charles Darwin from 1842 until his death forty years later. It was here that he developed many of his theories and wrote the The Origin of Species. With rooms lovingly reconstructed, visitors can see what the house was like in Darwin’s day. Oh, and it has a lovely garden too.

Best park. From Darwin to dinosaurs: down at the lake in Crystal Palace Park (pictured), dinosaurs have been part of the scenery since before Darwin penned the Origin of Species. This series of sculptures, now outdated, of dinosaurs and other extinct species were unveiled after the Great Exhibition and have been Grade I-listed since 2007. 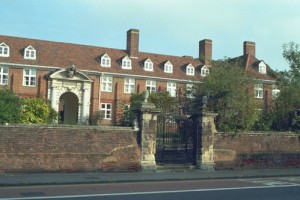 Best architecture. The old Bromley college, right, might sit on the high street but it is little-known locally. A Grade I listed building, the college dates from the seventeenth century and was originally for widows of local clergymen. Built around two courtyards, the college remains a peaceful haven away from the world outside.

Best easy-to-reach countryside. Farnborough Village, just off the A21 near Orpington might be fairly nondescript but down a side lane, a one lane road leads down to Farnborough Church, every inch the village country church. It looks over fields and woody tracts; this is a gorgeous place all-year round.

Best culture. The Churchill Theatre in Bromley town centre is closed for refurbishment this summer so action is moving to the outdoor amphitheatre in the adjoining park. As well as comedy and music tribute acts, the theatre will present two doses of Shakespeare: Twelfth Night and A Midsummer Night’s Dream.

Best restaurant. If you don’t mind Colonial overtones (it celebrates the British Raj), Indian restaurant Tamasha, near Bromley TC, serves excellent, if rich, Indian food. And if you eat too much to move, it doubles up as a hotel too.

Main image from Markle1 via the Londonist Flickr pool.

Other posts in this series
Barnet, Haringey, Lewisham, Southwark.

Are you all intimate with one of the remaining boroughs, and fancy sharing your knowledge with Londonist readers? Get in touch with us via hello@londonist.com.