Top 10 Things To Do In The Borough Of Lambeth

This week, we move south of the river to the borough of Brixton, Clapham, Stockwell and Streatham.

Author's note: Zoe Jewell has lived in Brixton her whole life and runs the Brixton Blog, a website about life and community in Brixton.


Lambeth resident Ruth Miller has done a wonderful thing for London − she’s set up the London Mural Preservation Society, mapping the city’s painted walls and campaigning for their preservation. Whether on the backs of buildings, in railway stations or obscured by new developments, Lambeth is full of murals telling political and social histories, from Brixton’s famous ‘peace mural’ Nuclear Dawn to the Stockwell Memorial Mural. You can take one of Ruth Miller’s Brixton Mural Walks or design your own by following this guide.  Sadly many of the murals are to be demolished or painted over, so join the campaign if you can. 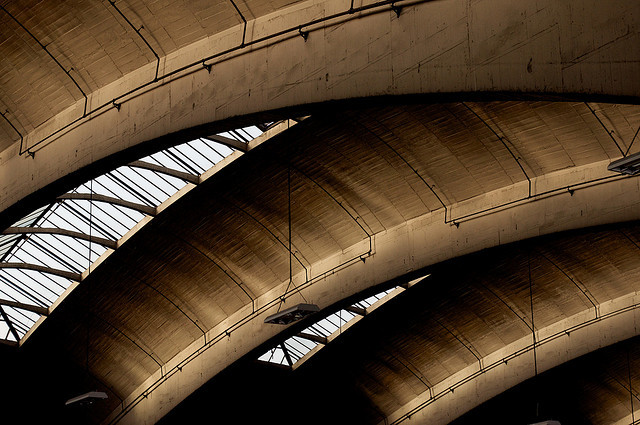 Have to agree with Will Self on this one. The Stockwell Bus Garage is a working monument to utilitarian design, with an imposing whale-backed ribbed roof covering 73,350 square feet of space. The home of the 345, 196 and 88, among others, it has the capacity to host 200 buses and was originally the largest unsupported area under one roof in Europe. The garage was designed by Adie, Button and Partners in 1952, when a shortage of steel after the Second World War meant concrete was the building material of choice. As post-war modernist structures such as Robin Hood Gardens in East London are increasingly under threat from modern urban developments, there is even more reason to celebrate the survival of this awe-inspiring building − especially as it’s the 60th anniversary next year.

4. Best Gentrifying High Street. Streatham High Road
Once voted ‘Britain’s worst street’ and much maligned for it’s traffic, tacky high street chains and empty shops, Streatham High Road is undergoing a renaissance. The tacky shops are still there but they are now broken up by a number of popular coffee shops, delis and gastropubs. Perfect Blend remains the local stalwart, frequented by star Lambeth MP Chuka Umunna, but it has been joined by others such as Thompson's Deli − in prime position next to the rail station − and the Kredens Polish deli. For something more substantial, try The Hamlet gastropub. Trinity Hospice Charity Shop (with another branch on Streatham Hill) is reputed to be one of the best second-hand shops in London, while for residents the 24hr Westbury Chemist remains the most useful shop in the area.

5. Best Hippy Bread. The Old Post Office Bakery
A veteran of Lambeth’s foodie scene, the organic bread from this bakery in Clapham is sold all over Lambeth. There's lots here for fans of heavy dark breads such as spelt and rye − beware, they have been dubbed ‘Brixton bowel bread’ by some −  but they also sell delicious croissants, ciabattas and savoury pastries. For another Lambeth baking star, try the family-run Di Lieto bakery in Stockwell and their legendary olive bread.

6. Best Small Museum. Garden Museum. Lambeth Palace Rd
The Garden Museum was set up in 1978 in the abandoned St Mary's Church, also the burial place of Britain's first great gardener, John Trandescent. Tradescant was head gardener to Charles I and, from his botanical garden in Lambeth, he and his son John introduced many now common plants into the English garden. This museum is a shrine to the design and history of gardens, with three exhibitions a year and a permanent collection of garden ephemera.

7. Best Park.  Brockwell Park
Lambeth’s premier park. Head up to the manor house for a top-notch view across London − the Thames to the north and Crystal Palace to the south. Clapham Common might get all the big acts, but Brockwell hosts some of the borough’s best local festivals. Admire the vegetable sculptures at the legendary Lambeth Country Show and feel rightfully smug at the Urban Green Fair. Brockwell Lido has lost some of its sass since a take-over a few years ago, but it’s still one of London’s top art deco lidos and the only place to be in Lambeth on a sweltering summer’s day.

8. Best Tapas. Rebato’s, Vauxhall
In an area where Portugese food rules the roost, Rebato's serves delicious Spanish food on the down-at-heel South Lambeth Road. The front bar is just for drinks and tapas, while the rather grand back room serves main dishes and tapas, from paella to roast suckling pig.


A hub of colour, music, smell and chatter, Brixton Market is what gives Brixton its buzz. The Granville Arcade now plays host to foodie heaven, with some fantastic new restaurants, but it's the outside market on Electric Avenue that still holds the draw for many. Favourite shops include the Chinese supermarket Wing Tai and Nour Cash & Carry, which is full of cheap vegetables and Middle Eastern delights. Mostly, it’s just nice to wander around to your heart’s delight.

10. Best church. Holy Trinity
The Holy Trinity church on Clapham Common is an imposing building with an important history. It was the place of worship for the Clapham Sect, a group of Christian social reformers who lobbied for the abolition of slavery in the late 18th Century. William Wilberforce, a leading abolitionist, moved to the Common in 1789 and was soon joined by other radical Christians horrified by the slave trade. Zachary Macaulay, previously Governor of Sierra Leone, even tried (unsuccessfully) to set up a school in Clapham for boys from Sierra Leone to be educated as future leaders of their country. The fight for abolition was a bitter one. It was only decades later, in 1807, that the Abolition of Slave Trade Act was passed, followed by the more wide-ranging Slavery Abolition Act in 1833.

Know your borough inside-out? Interested in contributing one of these articles? Email us at hello@londonist.com

NOTE: This post was edited to replace Herne Hill Velodrome (actually just in Southwark) with the Garden Museum. Thanks to the reader who pointed this out.