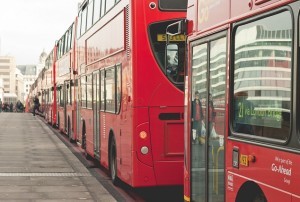 DLR and Overground staff have it, tube staff are negotiating for it and now bus workers want it: we are, of course, talking about extra Olympic payments.

Unite – the boss of which, Len McClusky, managed to piss off half the country by suggesting anti-cuts industrial action during the Games – want £500 to make up for dealing with the expected 800,000 extra bus passengers, but operators didn't come to the table before the union's 29 February deadline. It does seem a bit odd that bus drivers et al haven't been offered an extra payment like their trainy brethren, and now there's the possibility of action, even strikes.

Buses aren't the only form of transport gearing up for a confrontation over Olympics money. This week the RMT rejected a deal of up to £500 for tube staff, an amount which is in line with that offered to DLR and Overground staff and much more than the £100 originally dangled by TfL. Expect this one to run and run.