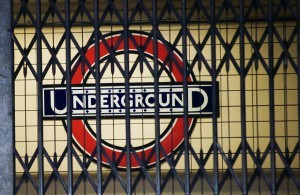 Unite’s general secretary Len McClusky has suggested the possibility of industrial action during this summer’s Olympic games as a reaction to the public sector cuts. McClusky went on to urge the general public to engage in co-ordinated civil disobedience during the two weeks of events to protect what he sees as an attack on “our heritage”.

The comments were met with a strong but perhaps dated response from Conservative co-chairman Baroness Warsi. She called for Ed Miliband to “urgently order his union cronies to rule out disrupting the Olympics”. The days of being able to blame the actions of the working left on the Labour Party are surely around a decade out of date; her concerns, however, will certainly be shared by those Londoners supporting the games.

McClusky was quick to point out that there are no concrete plans in place but that he would not feel comfortable with pretending that “all was rosy in the garden”.

Photo by CGP Grey from the Londonist Flickr pool