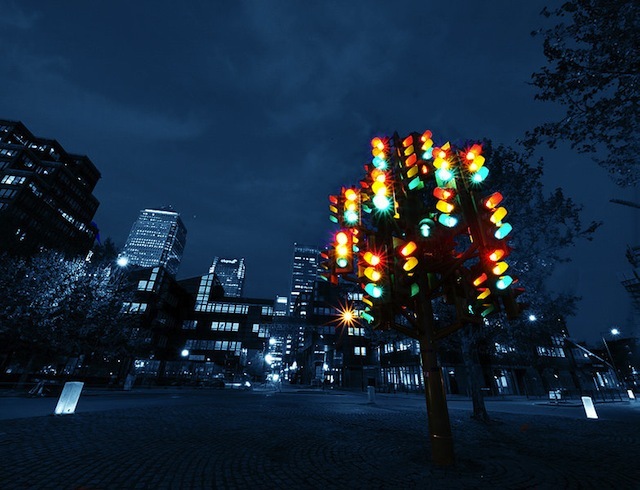 Sad news for anyone who revels in the 'quirky' side of London. One of the capital's most unusual sculptures has been removed. The traffic light tree, an arty hydra of blinking road signals on Westferry Road, has reportedly been axed by lambent lumberjacks Tower Hamlets council to make way for road improvements.

The surprising landmark was created by French sculptor Pierre Vivant, and has been in place since 1998, a rare feature of interest in an area regularly dismissed as 'soul-less'. Its 75 flashing lights housed in a metal frame that resembles a plane tree led to a triumph in Britain's best-looking roundabout poll in 2005.

Tower Hamlets council have yet to comment publicly on the removal, or provide details on any new location for the sculpture. It's the second sculptural loss for London in as many weeks, following the theft of Bermondsey's Dr Salter statue.