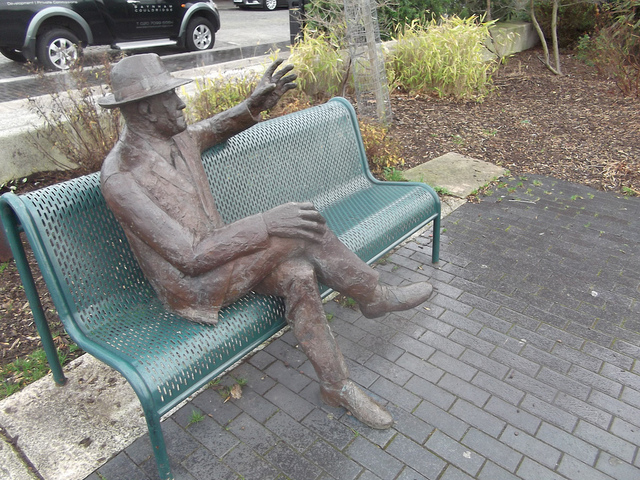 One of the capital's most unusual statues has been stolen, presumably for scrap metal. The seated sculpture of Dr Alfred Salter was taken from its river-front setting in Cherry Gardens last Friday. Southwark Council have offered a £1,000 reward for its return.

The statue, one of our top 10 things to see in the Borough of Southwark, depicts the early 20th Century social reformer and MP Alfred Salter. The piece is perhaps the most poignant work of sculpture in London. The good doctor, old and weary after a lifetime of helping the poor, fondly remembers the one person he couldn't save, his daughter Joyce. The child had died of scarlet fever aged nine. In the sculpture, the old doctor remembers his only child and her cat standing beside the river, the trio reunited in bronze.

Now the doctor has gone, and his touching daydream has been taken into safekeeping by the council. The removal is another high profile loss in a series of metal raids. Thieves intent in cashing in on the high price of metal have targeted everything from transport infrastructure to war memorials.