It's been a bumper year for books about London. So many have been published in the past few months, that we're scarcely able to keep up. Here's a roundup of some of the additional titles that came out in the past couple of months. 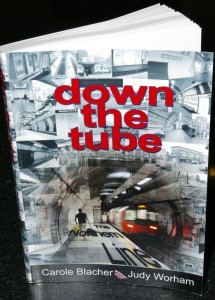 Down The Tube: The Northern Line by Carole Blacher and Judy Worham, Worbler Press

This is at least the third book of the year recounting a trip around lots of Tube stations. This time, our adventurers are a pair of OAPs intent on visiting every stop on the Northern Line. Carole and Judy are such joyful company. Much of the book involves delightful banter between the pair, as they count the number of adverts on every escalator, ogle young men in ticket offices, and discover the little-known gems of Borough, Tooting, Camden and, erm, Totteridge and Whetstone. In places, you want to shout at them for missing a really interesting local landmark, in others, you'd love to be part of the adventure. Will they ever find Stalin's grave at Tuffnel Park? A wonderful advert for self-publishing. 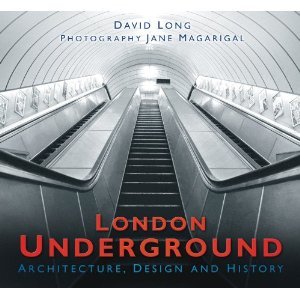 Another volume about the Tube and, really, two books in one. David Long's smart, well-crafted text gives a succinct account of the many architectural and design successes to be found on the network, including Charles Holden's classic stations, the New Johnston typeface and, of course, Harry Beck's famous map. The title might suggest a wider scope than is actually offered. This is all about Frank Pick's Underground from the first half of the 20th Century and you'll find nothing about the architecture of the Jubilee extension. Then we have the photos, frustratingly unlabelled, blurry, black & white and seemingly out of kilter with the text, yet steeped in atmosphere and character. Taken in the 1970s by Jane Magarigal, they show a Tube from another age, with posters advertising Brian Cant's Playaway at the foot of dimly lit escalators. The text and photos make for a strange synthesis, but one with a compelling charm. 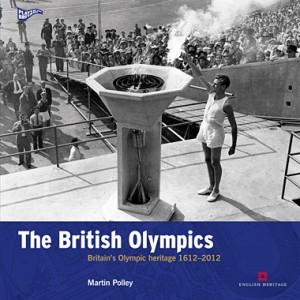 Next year, London will host the modern Olympics for the third time. But there's a whole back-story of smaller Olympics, Olimpiks and Olympian Games that predates Monsieur Coubertin's revival of the modern games in 1896. It's a predominantly British story, if you believe this new book. It all began with the Cotswold Games of the early 17th Century. Then came the Much Wenlock Games (hence the 2012 mascot name), the Liverpool Olympic Festivals and the Morpeth Olympics...all essential background reading for anyone taking an historical interest in the upcoming Olympiad. The second half of the book runs through the highlights of the 1908 and 1948 London Games, as well as the origins of the Paralympics in Stoke Mandeville (and there's the other 2012 mascot). This is a superb book, richly illustrated and minutely researched. A sister volume, Played in London, comes out next year and will be reviewed here. 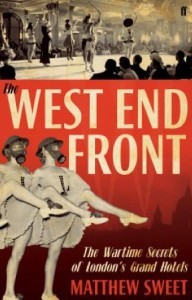 What happened in those dens of luxury — London's posh hotels — during the austerity and devastation of the Second World War? Matthew Sweet has compiled a fascinating collection of tales about the chefs, spivs, managers, gangsters, film stars, refugees, royalty, shelterers, spies and scoundrels who rubbed shoulders (and other anatomical parts) within these seeming havens from the carnage. Sweet's research is impressive, to say the least. Facts, connections and revelations are deployed without ration. His interview subjects, many of whom are survivors from the period, all have remarkable tales to tell. His style lies more towards the scholarly-referenced end of the historical writing scale, rather than the storytelling-page-turner, which may or may not be to your tastes.

Our other recent reviews of London books can be found here.