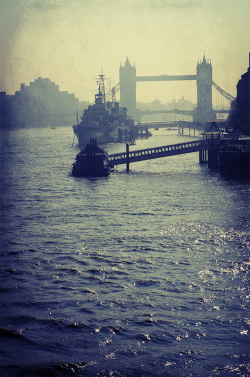 London 2012 could miss out on £175m in payments from the IOC if our problems with air pollution aren't sorted out. Under the Games contract, 25% of the broadcasting revenue can be withheld if air pollution laws are breached - and worryingly, we're the only region in the UK still to be falling foul of international legislation.

Last week's smog was just a visible signal of London's battle with (lack of) air quality. In March, the government got an extension from the EU before they got hit with a £300m fine for breaching the limit on PM10 particulates, which led to a row over whether the Mayor's Clean Air Strategy is doing enough to combat the problem (see our previous posts on car free days, electric cabs and idling drivers).

Frustratingly for LOCOG, London's air pollution is in the hands of the Mayor and if Boris Johnson doesn't come up trumps, he (or his possible successor) may find themselves banning normal vehicles on certain days to compensate for the increased Games traffic. Remember how we tittered when Beijing implemented a system restricting cars based on odd-and-even numbered registration plates? Yeah, we might end up doing that, particularly on days when events like the marathon and triathlon take place. Which will put even more pressure on the already-expected-to-be-creaking public transport system.

On the other hand, we learned today that Olympic works have taken 4,000 homes out of a flood risk zone by altering river banks and creating wetlands. This is good, yes?