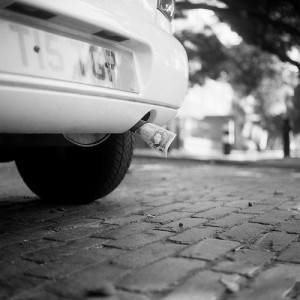 In his latest attempt to tackle London’s air pollution, Boris Johnson plans to fine drivers who leave their engines running while parked.

The mayor has been under pressure from green groups as well as Europe’s environment commissioner to clean up the city after it was announced that over 4000 people die each year in the capital as a result of air pollution. Back in January, the mayor said he wanted to make the whole of London a no-idle zone and although police have powers to issue penalty charge notices to drivers leaving their engines running, though in practice it’s hard to imagine a less easily enforceable offence, especially as he also plans to cut police numbers.

There’s also the question of what constitutes an unreasonable length of time to leave an engine idling – the Green Party suggest three minutes but with taxi and delivery drivers in particular coming in for criticism that does seem a tad unrealistic. Buses are also on the hit list, though presumably those run by TfL would be exempt unless they plan to start fining themselves.

The mayor’s air quality strategy was criticised last year as being ‘not fit for purpose’ with measures such as making all black cabs electric failing to stand up to close inspection, not to mention a legal challenge over the abolition of the congestion charge western extension.