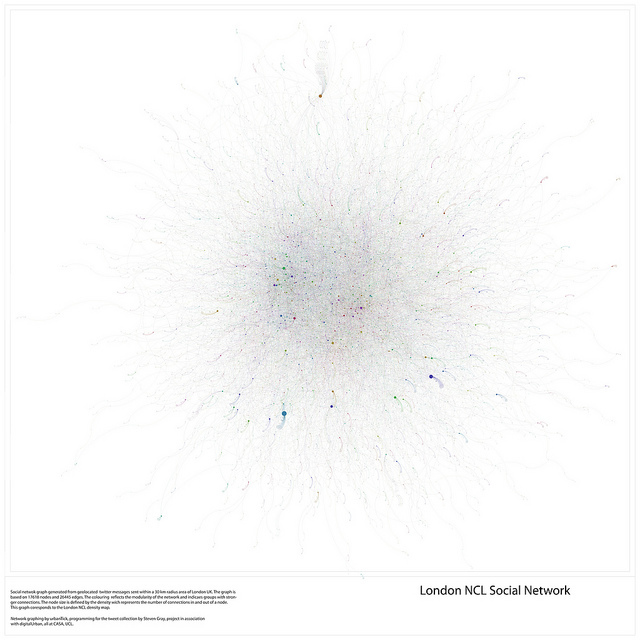 You may remember the contoured map of Twitter usage in London. Its creator, Fabian Neuhaus of UCL's Centre for Advanced Spatial Analysis,  has gone one better and generated a network diagram with nodes and connections (click-through to see a zoom-able embed). By collecting retweet and @reply data over one week for tweets geolocated within a 30 km radius of London, a beautiful if somewhat impenetrable picture emerges:

The resulting network is built from a total of 17618 nodes and 26445 edges. In the case of this London twitter network not everyone is connected to everyone and about 5400 subnetworks were identified. Furthermore via the colouring the modularity of the network is visualised. Each subgroups has a unique colour shading indicating groups with tighter connections.

It's important to note that this is not a geographical map, but a representation of connections laid out in a spatially harmonious way. Without the underlying data, little can be gleaned from the pattern. Still, it shows what a complex web we weave.

The team are now working on mapping the Twitter data from other cities.