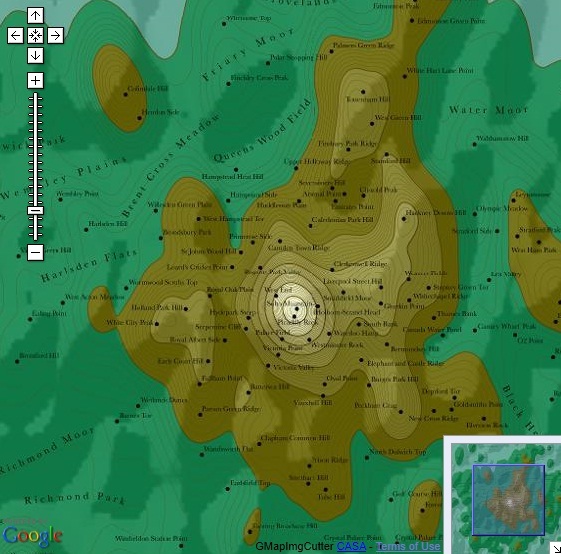 Our friends at UCL's Centre for Advanced Spatial Analysis never cease to amaze us. Today's dose of digital craftsmanship shows the peaks and troughs of London's Twitter traffic in the style of a contoured map.

In a cute touch, areas of the capital are renamed to fit this new topological visualisation. At London's heart is Soho Mountain, the towering peak of the local Twittersphere. We see the foothills of Peckham Crag, Gherkin Point, Battersea Hill and Hackney Downs Hill. The Lea Valley remains a valley, while the Wembley Plains look ripe for fertile growth.

This work of near-genius was crafted by CASA's Fabian Neuhaus for his Urban Tick blog. You can find high-resolution images of London and other cities treated in this way over on his Flickr pages.

The mashup comes hot on the heels of numerous other notable visualisations, including the real-time Tube map and an artful representation of where most photos in London are taken.

With thanks to Andy Hudson-Smith for the heads-up.