Return of the Tox? 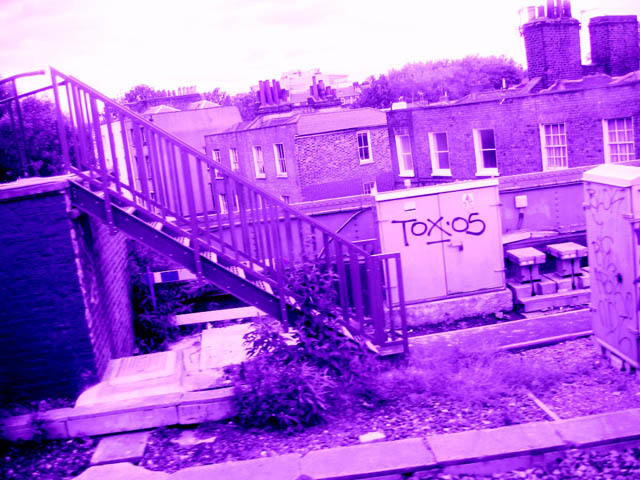 If they ever create a graffiti Hall of Fame, one of the first inductees will surely be the mysterious figure known as Tox. He’s been spamming the London rail infrastructure with his tag for years. That was until last year, when he seems to have rethought his errant ways after having an ASBO slapped on him (why are ASBOs always slapped?). But a recent sighting of his work suggests he may be up to his old tricks. So has he come out of retirement?

Anyone using public transport, particularly to the north-west of London, can't help but notice the ubiquity of his tag: the simple yet winning formula of spraying 'Tox' followed by the last two numbers of the year. Genius! There’s no art or grace to it, in fact, his graffiti is rubbish by any standards. It’s just the sheer quantity that’s won him fame. While the Londonist doesn't condone rail vandalism, you have to applaud his work ethic. There are almost as many Tox tags along London's railway lines as there are signal failures. The heyday came in 2003, when ‘Tox03’ covered every available inch of the Metropolitan line, sometimes in places so inaccessible as to suggest he’s the rather unlikely lovechild of multiarmed Vishnu and Mr Tickle. As one cognoscente of the art form put it “i aint a big fan of tox but give him props cos he is up everywere kist smacks it das you know anything about zelda gettin shift?” High praise indeed…we think.

With each new year, aficionados would await the first new Tox tag like an early sign of spring. But last year, the transport police finally got their man, 19-year-old Daniel Halpin from Stockwell, and slapped (there really is no other verb) that ASBO on him. With each passing month of 2005 and no new tags, it looked like the writing was on the wall (or should that be ‘not on the wall’?) for the enigmatic Tox. But finally, it seems he’s returned. Those who dare venture onto the Silverlink can spot a few Tox05 tags at Camden Road station (including a rare back-to-front motif on a window). Is it him? Is he defying his ASBO? Well, let us spray…

Have you spotted any Tox05 tags? Let us know by replying to this post using the comments form.