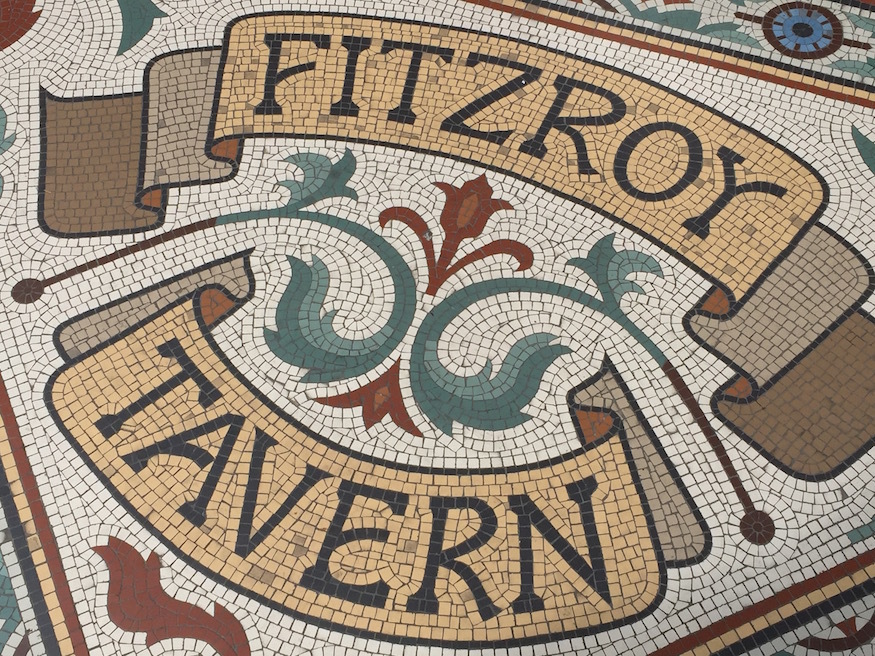 "The Fitzroy is like the Clapham Junction of the world, everyone goes in and comes out at some time or other." - Augustus John

It would be hard to cover Fitzrovia without including its most famous pub. The Fitzroy has been a haunt of many a London luminary over the years, including Dylan Thomas, Augustus John, Michael Bentine, Jacob Epstein and the famous occultist and all-round mischief maker Aleister Crowley.

Perhaps the most oft-told story of the Fitzroy Tavern involved a former licensee of the pub named Judah 'Pop' Kleinfeld. Having seen the loser of a darts match in the public bar throw a dart into the ceiling in exasperation, Kleinfeld hit upon the idea to provide darts to the public with little paper bags attached, which they would then throw into the ceiling for an aptly named charity called Pennies From Heaven.

Today the pub is one of the Sam Smith chain's strongholds, with the usual selection of own-brewed drinks and a nice little restaurant upstairs. The history that drips from the pub's ornately decorated walls is one reason we can forgive the crime of food on wooden boards that has reached even this classic establishment.

A recent, award-winning refit has seen the pub put back to its Victorian splendour, complete with mahogany-partitioned rooms and 'lincrusta ceiling' (see below). Some bemoan the change, but care was taken over the authenticity. We particularly enjoyed the hidden back room, the only one with air conditioning.

As a final salute to the place, we'd like to thank them for not swiping anything from a wallet we accidentally left behind a few years ago.