A roundup of the more oddball pub interiors around town. We've left out glorious traditional spaces like the Princess Louise or Palm Tree in favour of true originals with one-off peculiarities. 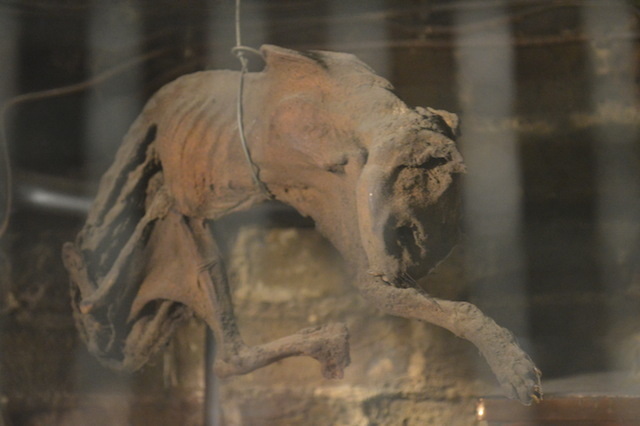 With a Carry On-style sense of humour, Dirty Dicks eschews its expected apostrophe, leading to plenty of sniggers and a NSFW image search. Named after an 18th century hoarder, the pub long kept its cellar bar in a state of artful tattiness, with mummified animals and giant cobwebs all part of the charm. The cellar was cleaned up a decade or so ago, but you can still admire the shrivelled up cats, rats and squirrels in a display cabinet downstairs. Taxidermy can be found in many a London pub (see the Hunter S for a good example, plus its odd urinals), but you ain't seen anything quite like the emaciated felines of Dirty Dicks. 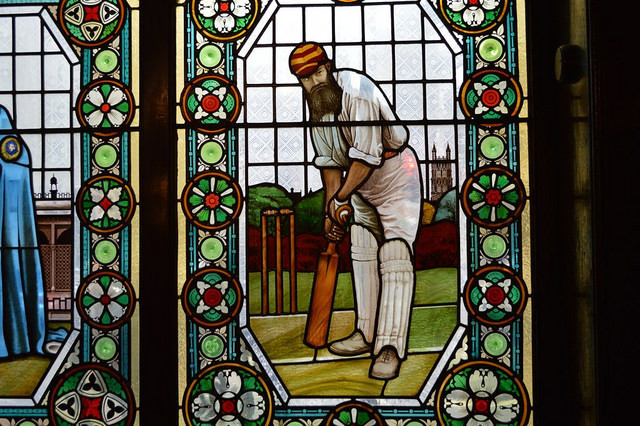 It's not so much the interior of this small, old pub that's a bit weird, but the window displays. At first, you'll spy a dusty menagerie of stuffed birds, lone feathers and ostrich eggs... odd things to find in a pub window, but nothing too outrageous. Then you notice that one of the skulls wears a barrister's wig. This braincase of jurisprudence peers down on a smaller rodent skull, this time wearing a spectacle... yes, in the singular, for the eyepiece has one lens and two arms. A fossilised turd resides nearby. This surreal bricolage is labelled as 'The Cabinet of Largesse'. We've never yet enquired what it all means. We're not sure we want to know.

This Grade II* East End pub hits the minor headlines once a year for its famous bun ceremony. Every Good Friday a member of the Royal Navy lifts a fresh hot cross bun into the netting above the bar. The tradition has persisted for decades. According to the legend that gives the pub its name, it all started during the Napoleonic Wars. The widow who owned the place lost her only son at sea. She would bake a fresh bun for him every Easter in anticipation of his return. He never did, but the ceremony continues to this day. A fine and festering collection of quondam fresh-bakes dangles from the ceiling all year round. Unfortunately, a recent refit has robbed the place of some of its charm.

This funtime pub looks like it was decorated by a group of pissed-up students. The back room is painted like a nursery, with giant pansies and buttercups climbing the walls, overshadowing grinning snails and teletubbies. The main bar, meanwhile, is a temple to popular culture. A Simpson's spiderpig crawls along the ceiling, doing whatever a spiderpig does. Gizmo from Gremlins superintends the lager taps. Snoopy, Mario and Cartman are all present and correct. Don't be surprised if you leave with a traffic cone on your head.

The Churchill is eccentric both inside and out. The exterior is a riot of hanging baskets. Colourful inflorescence almost entirely obscures the pub. Inside, too, there's little hint of the fabric of the building, with several giga-Steptoes (the SI unit of clutter) pendant from the ceiling. Pots, pans, porcelain commodes, sporting gear, lamps, royal memorabilia, bunting and assorted Churchillian gimcracks all dangle over our heads. The back room recapitulates the exterior with more plants than Homebase. To awkwardly paraphrase Churchill, 'Never in the field of pub decoration has so much been displayed to so many, in such a tight space'.

This charming mews pub is a former officers' mess and wears its military credentials on its sleeve, with old uniforms and regimental keepsakes dotted about. Most memorable, though, is the ceiling decoration. An old tradition invites patrons to pin signed dollar bills to the plasterwork. These are said to be for ‘Cedric’ a grenadier who was supposedly beaten to death for cheating at cards. His spirit haunts the pub every September, if the legends are to be believed.

8. The George and Dragon, Acton

No feature, individually taken, is particularly unusual about this 18th century inn. It's the combination of old and new that make it such a revelation. The front room is a pure slice of history, with rich, dark wood panelling, a golden bust and a three-quarter length portrait of a cavalier. You then pass through another ye olde room with a period fireplace and emerge into the back bar. This could not be more different. Dubbed the ‘Dragonfly Brewery’, the former dining room is dominated by huge copper fermentation tanks and two oversized nymph statues. We’ve never seen a contrast quite like it.

An unofficial waiting room for Thameslink 'services', The Blackfriar is a jewel both inside and out. The interior is decorated with dozens of murals, sculptures and reliefs showing friars going about their monkish business. Be sure to stick your head into the barrel-roofed dining area, perhaps the most opulent pub room in central London.

Downstairs, you'll find a handsome but elementary bar with the usual beers of the Greene King chain. But follow the clues to the upstairs room, and you're in for a singular treat. Here stands a life-size recreation of Holmes's study, rescued from the 1951 Festival of Britain. Fans of the detective will delight in spotting the numerous props from the canon. Even if you don't care for Victorian sleuthing, it's worth a look for the dummy of Holmes alone, which looks like an emaciated Vladimir Putin. 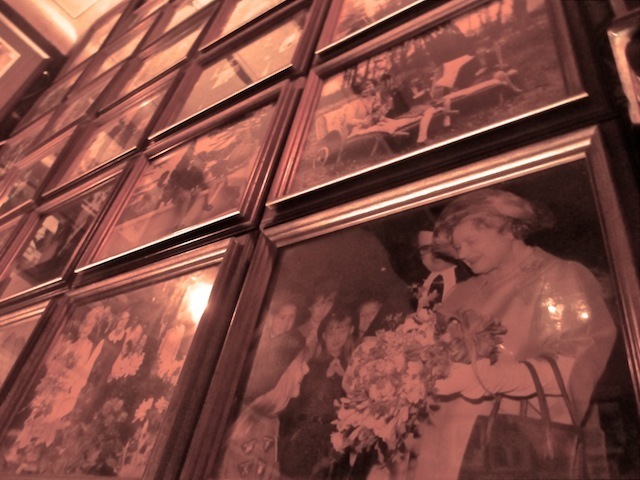 (Sadly this pub closed in 2016 but we shall keep it here in memory of one of London's eccentric drinking experiences.) The name hints at royalist tendencies. The mannequin sentry, standing guard outside, suggests a certain eccentricity. But step inside the Windsor Castle and you are confronted by a right royal onslaught. The Queen and her blue-blooded relatives are everywhere, glowering down from photographs, etchings, ornaments and crockery, as though the bar manager wanted to put the 'publican' back into 'anti-republican'. Any gaps in this august clutter are taken by framed photos of sporting heroes, or fading stars of the screen. The Handlebar Moustache Club, who'd been meeting here for years, now gather eat the nearby Heron, which rescued some of the memorabilia.

Can you nominate additional odd interiors? Leave a comment below.

All images by M@, unless otherwise stated.