Is This London's Most Outdated Information Board?

By M@ Last edited 79 months ago
M@ Is This London's Most Outdated Information Board?

Greenwich is famous, among many things, for its lofty views of the capital. But the popular observatory hill isn't the only peak in the area. Head south-west towards Blackheath Road and you'll find a viewpoint free from tourists and, probably, anyone else at all. This is Point Hill, a small park known mostly to locals.


You can tell it isn't used much by tourists as the information plaque hasn't been updated since 1984. Many of the features have changed names in the interim, and most of the soaring landmarks of the 21st century city are absent. Here's the western half: 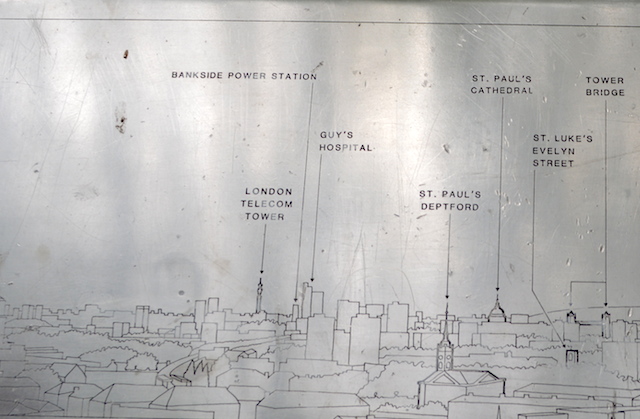 Tate Modern is still called Bankside Power Station (and it had only closed as such three years previously). The BT Tower rejoices in the brand-free moniker of London Telecom Tower. The Shard appears only in a ghost-of-London-yet-to-come form, scratched into the surface by a previous visitor. Meanwhile, there's no hint of the SELCHP incinerator plant, so dominant on the skyline north of New Cross. Here's the eastern section: 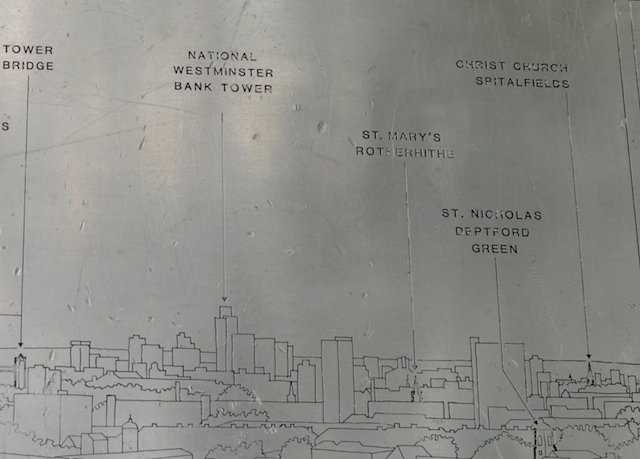 Here we see Tower 42 standing proud and alone under its original name of the National Westminster Tower (confusingly not in Westminster, but named for the NatWest bank). The tower was only four years old and still enjoying its status as Britain's tallest building. Today, it merely scrapes into the top 10, and is almost entirely obscured by surrounding towers with silly names, such as the Cheesegrater, Gherkin, Walkie-Talkie and Heron. Finally, here's the introductory panel, showing the date of installation. 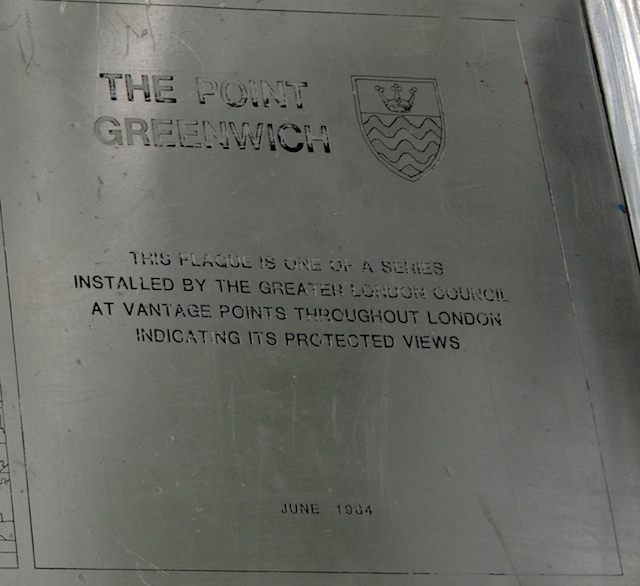 Even the Greater London Council is no more, abolished by Thatcher two years after this plaque was installed. It's intriguing to note that this is one of a series. Do plaques of similar vintage still exist elsewhere? We suspect not. Point Hill is unusual — a hill so close to central London, yet visited by so few. Elsewhere, we'd imagine the panels have been updated to satisfy the greater footfall, but do let us know if you're aware of others.

Finally, here's a comparison of the full panorama with a modern photograph. Click the image to see a clearer version.

With thanks to Andrew Stuck for pointing out this relic.