Where To Watch The Partial Solar Eclipse In London 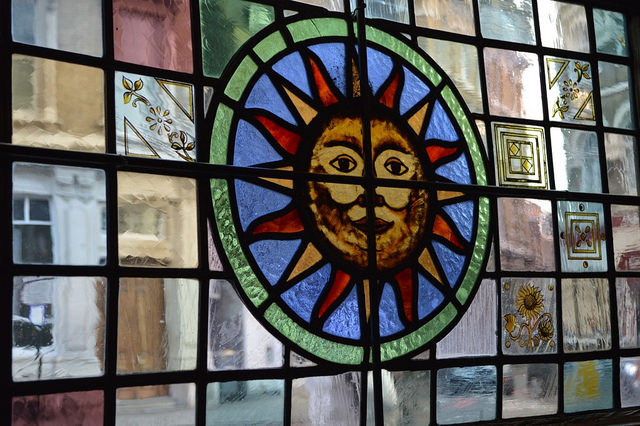 The end of this week sees the most impressive solar eclipse in London since 1999. Most, but not all, of the sun's disc will be hidden by the moon, bathing the city in a kind of weird overcast light. Here are some tips on how to safely observe this rare event.

The moon will pass between the Earth and the Sun such that its bulk, as seen from London, will partly conceal the star. If the skies are clear of cloud, you should see the sun reduced by 84%. It will shine on as a thin crescent beneath the moon — like a fulgent toenail clipping or the smile of a Cheshire cat. We've carefully modelled the effect below, using a sun we found in a Mill Hill subway: 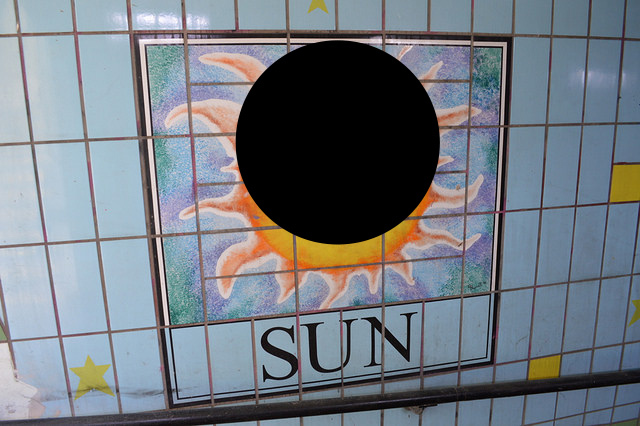 Where can I view it?

Anywhere in London. The effect is more pronounced the further north you go, but as this is a London website, we don't acknowledge the 93% coverage you'll get in Edinburgh, or the 97% in the Shetlands. Barnet will do you fine.

Why yes. The Royal Observatory Greenwich will open at 8am for anyone who wants to safely watch the eclipse in the company of professional astronomers. To wit, the Flamsteed Astronomy Society will have plenty of solar telescopes set out next to the General Wolfe statue, with all the right filters for you to study the sun, and all for free.

Meanwhile, the Royal Astronomical Society and Baker Street Irregular Astronomers will be out in force in Regent's Park. It's a free event — just turn up at the Smokehouse BBQ & Grill, which is to the north-east of the park (where the late, lamented Honest Sausage used to be).

UCL has a couple of little-known observatories in its main quad. Folk with 'scopes will be at the northern one between 9am and 10am to help you stare at the sun in safety.

The Hampstead Scientific Society plans to open its small observatory beside Hampstead Heath should the weather prove clear.

Finally, Northolt Branch Astro will be on top of Horsenden Hill near Wembley, again with plenty of specialist equipment.

What if I miss it?

That's your lot until 2026, when the next comparable partial eclipse will be visible from London, or 2090 if you want to see a full eclipse. Otherwise, full eclipses happen somewhere on Earth every 18 months or so, as long as you're prepared to travel.

Is it a harbinger of doom?

Aren't you going to do that patronising thing where you warn us not to look directly at the Sun, like we're still at primary school or something?

Yes, we are. Don't look directly at the Sun. You might easily damage your eyes. Plus, the eclipse will begin just as kids are going to school, so it's particularly important for parents to make sure their inquisitive nippers aren't sneaking a look-see at the spectacle. Here's how to observe the eclipse safely.

See also: our guide to stargazing in London.