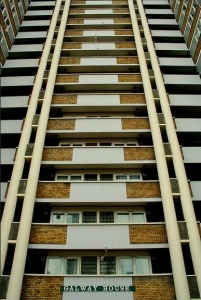 Some London councils are being forced to set up private companies in a bid to keep their own housing from being sold under Right to Buy (RTB), a report in the Observer has claimed.

Launched in 1980 under then prime minister Margaret Thatcher, the scheme allows social housing tenants to buy their property at up to a 70% discount. The discount was increased by the government in 2012, and figures from the Department for Communities and Local Government (DCLG) in August 2014 show that sales in London have rocketed to their highest levels on record. Enfield council has set up a private company to buy housing which will be exempt from RTB, while Sutton and Ealing are said to be considering similar measures.

It's not hard to understand why tenants want to take advantage of the RTB discount — who wouldn't, when faced with a choice between never being able to buy their own home and a wedge of cash which they would be unlikely to ever lay their hands on again. The hard thing to understand is why the government hasn't put a stop to RTB rather than wring their hands on a weekly basis over London's housing shortage. That said, after spending the last four years shafting the poor and anyone on benefits, perhaps the government feels it needs to give something back to hold on to some voters. Enfield's council’s cabinet member for housing and estate regeneration, Ahmet Oykener, told the Observer:

“If someone is homeless, then we have a duty to provide them with a property. And with the benefit cap forcing people out of inner London, there is huge demand for social housing in an outer London area like ours. I think increasing the right-to-buy discounts was a bit irresponsible. Since Margaret Thatcher introduced the policy in the 1980s, Enfield has lost 50% of its council housing stock. Yet the number of people coming to us is on the rise. The bill for temporary accommodation as it stands is £3.5m. We estimate that within two years that will more than double to £8m."

The loss of social housing combined with benefit caps and the failure to build homes has pushed those on low incomes out of central London. Analysis of Department of Work and Pensions (DWP) data by London Assembly Labour member Fiona Twycross has shown a fall of 27% in the number of private renters claiming housing benefit in central London since the introduction of benefit caps. We looked at this last year after London Councils published a report showing a fall in inner London benefit claimants for the first time ever. Dr Twycross said

“Families who have lived their whole lives in central London are being forced out by a perfect storm of falling wages, rocketing house prices and government cuts. Whilst it is clear that the housing benefit bill needs to be reduced, the Mayor promised that low income families in London wouldn’t be forced out — these figures make clear that is a promise he has broken.
“The rising cost of living and the housing benefit cap have hit London hardest pushing a quarter of low income households out of central areas. This not only has a devastating effect on those households, it results in the loss of London’s mixed communities and puts additional pressure on the outer London boroughs facing the influx. If the trend continues, central London will become the reserve of the privileged, a no-go zone for lower income families. That shouldn’t be an acceptable outcome for anyone.”

We feel as though we're something of a stuck record with housing here at Londonist, but the sheer lunacy of everyone dabbling around the edges while we pay colossal bills for emergency housing, landlords can evict tenants for whatever reason they like and the slooooow pace of affordable house building makes us despair. When the benefit caps were introduced, the government assured us that it would force landlords to reduce private rents to match the caps. Instead, people on low incomes are pushed further and further out, the social housing they were meant to live in is sold off at a massive discount to private landlords who charge the council inflated rents, then evict the tenant when their wages and benefits don't cover it. We called it grotesque stupidity before and we're saying it again.

Why Don't People On Low Incomes Live In The Cheap Bits of London?

Homelessness Due To Eviction Up By 38%

Photo by Gary Kinsman in the Londonist Flickr pool.