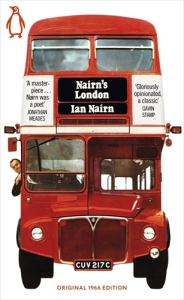 A very welcome reissue by Penguin. First published in 1966, the long-departed Ian Nairn's guide to the architecture of London packs in so much character and opinion that you'll want to hug him and shout at him in the same paragraph (though usually the former). The Gothic facade of 33-35 Eastcheap, now overshadowed by the Walkie Talkie, is "truly demoniac, an Edgar Allan Poe of a building... it must be preserved — not as an oddity, but as a basic part of human temperament". Meanwhile, at the famous Blackfriar pub, "the theme of bibulous friars is flogged to death". Writing in the 60s, Nairn frequently laments the erosion of the historic fabric of the City and the creeping control of private enterprise — themes that resonate just as strongly today. Endlessly quotable and an essential purchase (or Christmas gift) for anyone who delights in London. If you like this, you might also enjoy watching Nairn Across Britain, the critic's 1972 travelogue of the country, and Diamond Geezer's recent tributes. 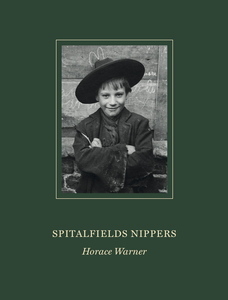 Fans of the Spitalfields Life blog (or publishing empire as it must surely soon be known) may recall the evocative photographs of Horace Warner. The little-known artist toured the streets of Spitalfields around 1900, capturing images of the local youngsters at play, hanging around on corners or — this being the Victorian age — hard at work. For the next 100 years, this mesmeric portfolio was kept in the family and only seen by a handful of people. Dirty faces gaze out down the ages, some proud and defiant, others impish, occasionally melancholy. "These nippers were not trained to fawn by innumerable snaps, and consequently many have a presence and authority beyond our expectation of their years," says the Gentle Author in a lengthy introduction. The publication of these photos, first on the website, and now in book form, is an invaluable addition to the city's photographic and social history. 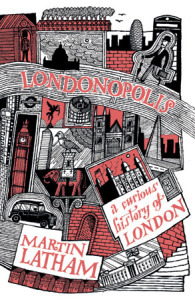 Latham, from his dust jacket description, sounds like a curious character: "He is proud of ordering the excavation of the Roman Bath-House floor at his bookshop, paying for it with the biggest petty cash slip in Waterstones' history". Elsewhere he coyly mentions a 1599 volume of Plutarch, in his personal possession, potentially defaced by Shakespeare himself ("I was asked to take the book to Stratford for inspection but I was too busy"). This, like Nairn's London, is as much about the author's interactions with the city, as the city itself and, as such, is a more invigorating read than your typical 'quirky London' effort. The author ambles through a personal selection of tales from London's past, generally following a chronological turnpike, but frequently straying down a crooked historical snickleway. Having worked through dozens of 'alternative London' books over the years, this is the first we've seen where an essay on London's fairy population merits equal billing with the history of the East India Company. London has a new king of trivia. 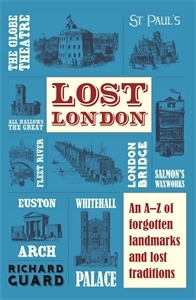 Cycle courier turned historian Richard Guard takes us through the London he doesn't know: the many vanished sights and customs of previous ages. Well-known buildings, such as the original Globe and the Euston Arch, are of course covered, but you'll also find plenty of more obscure entries. Did you know that Georgian London boasted a dome bigger than that of St Paul's? Where might you have found the spectral footprints of the Field of the Forty Footsteps? Like said field, Guard is treading ground that's been covered before, but this is a neat and tidy, well-illustrated volume that also includes many lost traditions, like the costermonger's secret language and the collection of dog poo for use in the leather industry. Previously published in 2012, now reissued in paperback just in time for Christmas. 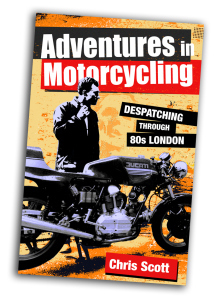 Adventures in Motorcycling: Despatching Through 80s London, by Chris Scott

Our second courier to trouble the word processor this month is Chris Scott. Scott's adventures round the city by motorbike range from the hilarious to the dangerous to the painful, with plenty of bumps and bounces along the way. Anyone who loves the city and loves motorbikes will be gripped like a pillion grab handle by a first-time passenger. The narrative is drenched in detail about the author's seemingly endless fleet of bikes, the places he bought them, and the favoured biker hangouts of 80s London. For this same reason, those with no interest in throbbing two-wheelers might find the geekery a bit too much — though there are numerous sections on the changes in London life that came with the Thatcher era that will appeal to anyone.

See other recent London book reviews, including a field guide to the wildlife of east London, curiosities of Kentish Town, oddities of the Isle of Dogs and a trawl through Victorian dirt.