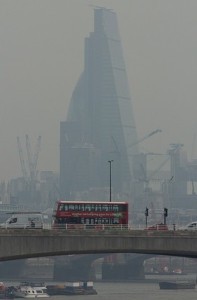 London Mayor Boris Johnson has suggested that owners of diesel vehicles could be persuaded to scrap them by a payment of £1,000 under a national scrappage scheme.

In June, it was announced that drivers of diesels could face an extra charge of £10 per day on top of the existing congestion charge under new Ultra Low Emission Zone (ULEZ) proposals. The Mayor and the Greater London Authority have acknowledged that previous government incentives led more people to buy diesel cars and urge MPs to introduce a scrappage scheme:

“A national scrappage scheme for diesel and other polluting vehicles is now needed as a priority in order to compensate people who have bought polluting diesel vehicles in good faith, as well as to drive forward air quality improvements.”

A national scrappage scheme was introduced in 2009 to encourage owners of vehicles older than 10 years by paying £1,000 towards the cost of a new car. The scheme was primarily intended to boost new car sales rather than being environment-improving and ended in March 2010.

Local authorities are increasingly turning to more draconian measures in a bid to improve air quality — from 1 August, Islington council has said it will fine drivers if they leave their engines running while stationary. Camden council targeted buses for idling back in 2008, but few authorities have taken the opportunity to issue fines. In July, Oxford Street was claimed to have the highest air pollution levels in the world, a claim City Hall disputes:

“Contrary to any misleading claims, London’s levels of air pollution are lower than many world cities. We know this because we are serious about monitoring pollution levels."

The Mayor and his environmental and energy advisor Matthew Pencharz will give evidence to the Environmental Audit Committee from 2.15pm on 10 September.

Photo by Ian Wylie in the Londonist Flickr pool.