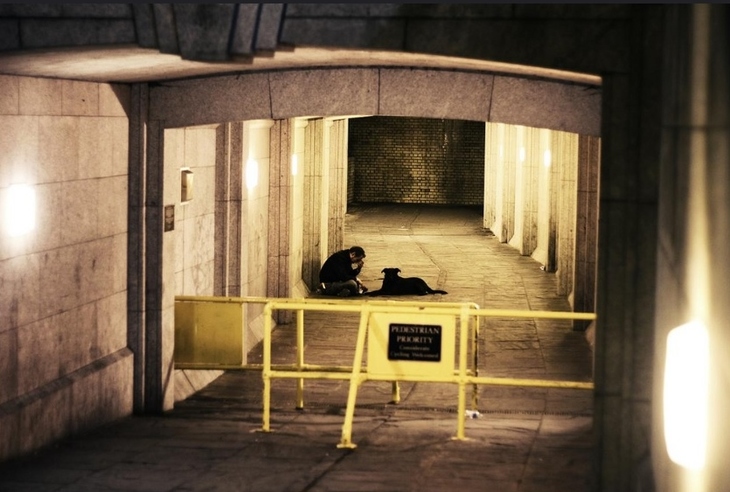 A report by homelessness charity St Mungo’s Broadway shows a 1% increase on rough sleeping in London in the last year compared with the previous year's rise of 13%.

The Street to Home 2013/14 report found 6,508 people were rough sleeping in the capital between April 2013 and March 2014, compared with 6,437 the year before. The charity says that the work of outreach teams like No Second Night Out (NSNO) has meant that 70% of new rough sleepers were only seen on the streets once.

Assembly Member Darren Johnson of the Green Party points out that there were 3,017 people seen sleeping rough in 2007/08 and 6,508 seen sleeping rough in 2013/14, more than double under Boris Johnson's mayoralty. Except we've looked at this before — what seems like a massive rise in rough sleeping is actually no such thing. NSNO's Petra Salva explained that the figures have risen because numbers of rough sleepers are now being recorded by them. Howard Sinclair, Chief Executive of St Mungo's, acknowledges the part played by NSNO:

"Rough sleeping has increased again. Whilst it is a relief that the increase is only 1%, compared with 13% the year before, the fact remains that 6,508 people ended up on the capital's streets last year.

"The figures also highlight, however, that almost three quarters of new rough sleepers were only seen sleeping rough once. That highlights that No Second Night Out and other outreach services are working hard to reconnect and help people move in, and on, as quickly as possible."

Recent media coverage of the Southwark 'anti-homeless studs' has brought rough sleeping to the forefront of the public's mind again. A 'perfect storm' of insecure private tenancies, welfare cuts and unemployment (among other things) are contributing to rough sleeping, while there has also been a 1000% increase in London's hidden homeless being rehoused outside the capital.

Photo by Terry Willard in the Londonist Flickr pool.