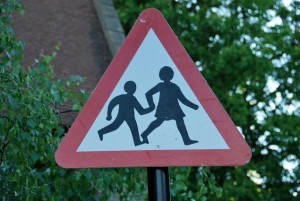 London needs to create 133,000 primary and secondary school places by 2018, according to a report from London Councils.

A baby boom has increased the number of kids in the capital, and the report expects the number of school pupils in London to grow twice as fast as any other region to 2017/18, by an average of 18% across the city but as much as 36% in Croydon. Much spare capacity has already been used up by previous growth. The boroughs with the biggest projected shortfall in primary school places are Hounslow, Harrow, Newham, Greenwich and Croydon. Meanwhile Waltham Forest, Tower Hamlets, Southwark, Lambeth, Lewisham and Croydon have the biggest projected shortfall in secondary school places.

Although the government has released more funding for school places, while the actual amount allocated to London is way more than other English regions, our share rose far less than the others — even though our need is greater. This means councils are needing to reach into their own funds, at the same time as experiencing a cut in central government grants.

London Councils calculates that the cost of building enough new places to plug the gap will be around £900,000 in inner London and £540,000 in outer London (outer London has more need, but land is relatively less expensive). That doesn't take into account the extra cost of educating children with special needs.

Free schools aren't meeting London's demands, either. Of 50 that have opened in the capital, only three of the 37 new primary schools and three of the 18 secondary schools were in boroughs with the highest need. London Councils suggests that the Department for Education should prioritise its free school budget on areas that need them. One for the new Education Secretary, perhaps?

Photo by Ross Morrison McGill from the Londonist Flickr pool