Cameron's Cabinet Reshuffle: Who's In And Who's Out

By BethPH Last edited 96 months ago
BethPH Cameron's Cabinet Reshuffle: Who's In And Who's Out 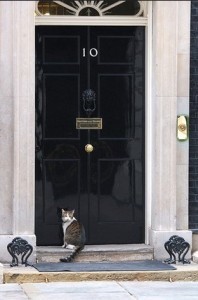 In the last cabinet reshuffle before the 2015 general elections, Prime Minister David Cameron has dealt a few surprise hands. Here's our round-up of the changes announced this morning.

Andrew Lansley has been replaced by William Hague as Leader of the Commons. Lansley has announced he will step down before next year's election. Hague will remain as first secretary of state, but has resigned and will also step down as an MP in 2015.

Home Secretary Theresa May and Chancellor George Osborne both retain their posts.

Matt Hancock replaces Michael Fallon as Business Minister. He was formerly Minister for Skills and Enterprise.

Owen Paterson has been replaced by Liz Truss as  Defra Secretary.

Stephen Crabb has replaced David Jones as Welsh Secretary. Crabb was previously Parliamentary Under-Secretary of State at the Wales Office and a government whip.

Esther McVey will remain as Minister for Employment and Disabilities, but will also attend cabinet.

Tina Stowell (Baroness Stowell of Beeston) has been appointed Leader of the House of Lords and Chancellor of the Duchy of Lancaster.

An unwilling Lord Hill has been nominated as European Commissioner, but finally managed to successfully resign Leader of the House of Lords.

Jeremy Wright has replaced Dominic Grieve as Attorney General. Wright was previously Prisons Minister while Grieve will leave the government.

Mike Penning replaces Damian Green, sacked as Minister for Policing. Green will leave the government. Penning was previously Disabilities Minister, but this role has been incorporated under McVey in her new role.

Nick Boles, former Planning Minister, has got Matt Hancock's old job as Minister of State at Education and BIS. Part of his brief will also be equal marriage.

Mark Harper, who quit as Immigration Minister earlier this year after discovering his cleaner was an illegal immigrant, has been appointed as a Work and Pensions Minister.

John Hayes is to becomes a Transport and Cabinet Office Minister.

Anna Soubry has been promoted to the Minister at the Ministry of Defence from Defence Personnel, Welfare and Veterans.

Oliver Letwin will become Lord Privy Seal as well as retaining his existing job of Minister for Government Policy.

Priti Patel has been appointed Exchequer Secretary at the Treasury.

Clare Perry has become Parliamentary Under Secretary of State at the Department for Transport.

Amber Rudd, a former whip, has joined Department of Energy and Climate Change.

Penny Mordaunt will become a junior minister at the Department for Communities and Local Government.

Nick Gibb, who lost his job in a 2012 reshuffle, will return as Minister of State for Schools.

Brooks Newmark will become Minister for Civil Society, replacing Nick Hurd, who will leave government. Brandon Lewis has been promoted to Minister of state at the Department for Communities and Local Government.

Ed Vaizey will move on from being the Under-Secretary for Culture, Communications and Creative Industries to minister at the Department for Culture, Media & Sport. Jo Johnson (brother of Boris), who was Parliamentary secretary, Cabinet Office, and head of the Downing Street policy unit is now Minister of state at the Cabinet Office as well.

Tobias Ellwood is a new appointment as  Junior minister in the Foreign Office with responsibility for Middle East and North Africa. Sam Gyimah will be Junior Education Minister, and Alun Cairns is a government whip and Parliamentary Under-Secretary at the Wales Office.

Larry the cat remains in his role as Chief Mouser to the Cabinet Office.

In other reshuffle news, the New Statesman takes a look at the split between male and female Cabinet-attending ministers, while the Telegraph speculates on Nicky Morgan's chances of winning back people alienated by Gove. The BBC have listed the other ministers staying in their current jobs, including Health Secretary Jeremy Hunt, Justice Secretary Chris Grayling and Work and Pensions Secretary Iain Duncan Smith.