London Is Just 97% Away From Electric Vehicle Target 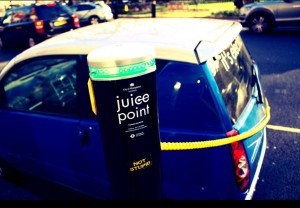 Boris Johnson's electric vehicle revolution for London is still falling somewhat short of target, as it was revealed that there are just 3,000 electric cars in the capital.

In a promise which has come back to haunt him more than once, the mayor said in 2009 that he would have 100,000 electric vehicles on the streets by 2020. According to the mayor's Electric Vehicle Delivery Plan, it was going to give the UK's automotive industry a 'leading edge'. And as Sunday Politics London's Andrew Cryan points out, the capital should be the perfect place for EVs. So what's happened?

The reasons for people failing to buy EVs haven't really changed in the last couple of years. A recent survey by the Department for Transport (DfT) found 40% of people are put off by recharging, 39% put off by the lack of range for battery life and 33% put off by the cost of buying an EV in the first place. 69% of people said they hadn't even thought about buying one.

The lack of infrastructure to support electric motoring isn't helping either — of the 25,000 charging points promised by 2015, only 1,408 are in operation. No-one wants to spend upwards of £25,000 on a car only to find it runs out of power on a busy junction with no charging point nearby, even if it does mean they can avoid the congestion charge. Being exempt from the c-charge may be a short-lived benefit in any case, as there's no guarantee TfL won't eventually remove that exemption, as it did for hybrids.

Also, car ownership in London is falling — only 58% of households in London have access to a car compared with 63% in 2001. EastLondonLines points out that while car ownership is declining, cycling is increasing. And given the crushing misery of driving in central London, it's hardly surprising that few people want to do it without a very good reason. Deputy mayor for transport Isabelle Dedring still believes the 100,000 target by 2020 is do-able:

"We've always thought that around 2020 might be the mark when that's achievable (having 100,000 electric vehicles) and that's in line with industry expectations as well.

"Our experience has been people are not wanting to charge at trickle posts (charging points). Instead, what we're bringing in is support for people to charge at home but we're also putting in a rapid charging network, which is much more like going to the petrol station."

Photo by Jamie McK in the Londonist Flickr pool.