Should An Ultra Low Emission Zone Kill Off The Congestion Charge? 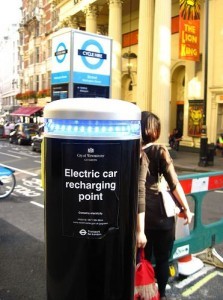 About a year ago we started hearing news about the possible introduction of a Ultra Low Emission Zone to take on London's air quality. Details have been a little fuzzy, but more information emerged at a recent London Assembly Environment Committee meeting.

The idea of the ULEZ is to encourage vehicles with no or very low emissions of pollutants like nitrogen oxides and particulate matter. City Hall still needs to consult about exactly what would happen, but the main ideas seem to be around working out whether there'd be a ban on higher emitters entering the zone altogether or a sliding scale of penalties, much like the current Low Emission Zone.

The ULEZ would cover all vehicles on the road come the implementation date of 2020, not just new ones registered from that date as the Mayor has (confusingly) been saying. The ULEZ would cover at least the same area as the congestion charge and probably include cars as well as bigger diesel users like buses and HGVs. This has prompted calls from Assembly Member Andrew Boff to scrap the congestion charge if the ULEZ goes ahead:

"I have long believed that the Congestion Charge is a tax on the motorist, and that it has failed to really have the impact that was originally intended. It makes no sense to continue with it if the Ultra Low Emission Zone goes ahead as planned. I would strongly urge the Mayor to consider scrapping the charge altogether and lighten the burden on London's hard pressed drivers."

Although the two schemes – congestion charge and ULEZ – have different aims (to reduce congestion and emissions, respectively), it does seem very unfair to charge drivers twice for entering the same zone. It's a case of balance, surely, and also probability: City Hall doesn't want to encourage more traffic into zone 1, but also the idea of a clean air utopia by 2020 where everyone's driving electric cars is unlikely. Would a charge levied on polluting vehicles also deter them from entering, dealing with congestion as a side effect of the ULEZ? Or will we eventually get to a point where the greenest vehicles have to pay for contributing to congestion as well?

Andrew Boff and fellow AM Jenny Jones also raise the spectre of free or cheaper entry into the ULEZ being the preserve of the rich – and they've got grounds for concern. At the moment, drivers of ultra low emission vehicles get a 100% discount on the congestion charge, but the discount originally encompassed a wider range of green cars. Exemptions were tightened up last year as more and more people bought hybrids and were able to drive them into the centre of town for free. If TfL keeps moving the goalposts for what gets a discount, only people with plenty of disposable income will be able to keep buying cars to match. Everyone else gets the penalty. It's something to bear in mind.