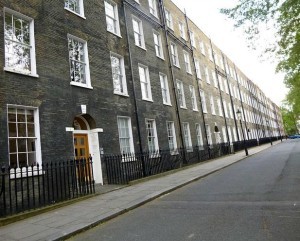 Labour party leader Ed Miliband has announced plans to reform the private rented sector, if elected to government in 2015.

The plans are national but are particularly relevant to London. Our rents have been hitting insane levels and we're seeing increasing numbers of 'no fault evictions', where the landlord ends the tenancy because he or she wants to put up the rent. Labour plans to change tenancy rules, so that after a six month probation period, a contract would then run for two and a half years. If tenants want to move they would give a month's notice; if a landlord wanted to evict they would have to give two months' notice. Landlords could also only evict if they needed to sell the property or use it themselves, or if the tenant fell behind with the rent or was being anti-social. (Tenants would have the right to request shorter, more flexible contracts.)

Additionally — in what would be a very popular move — the party plans to end estate agents' finders fees, and rent increases would be capped to an upper ceiling based on local market rates. Labour claimed the Royal Institution of Chartered Surveyors was working out a system, something RICS has since denied.

Former Conservative Housing Minister Grant Shapps dismissed the ideas as "'Venezuelan-style' rent controls", but the country this most reminds us of is Germany. In the German private rented sector, rent rises are capped to 15-20% over three years, with no rise in the first year. They also have longer tenancies and more protection for tenants against eviction. This doesn't necessarily mean everything's fine, as landlords have been hiking rents in between tenants instead, driving up the market as a whole.

See also: How Rent Controls Work In Other Countries