How Rent Controls Work In Other Countries 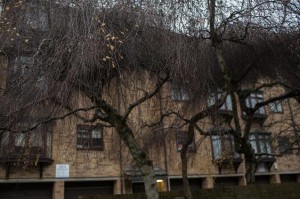 One of the issues that often crops up when people talk about housing and the difficulties tenants experience with the UK's private rental sector (high rents, insecure tenancies, etc) is rent control. Controls are meant to bring extra stability for tenants but critics say it's a recipe for forcing landlords out and decreasing supply. Since most of us will only ever have experienced rent control through US sitcoms (Monica's apartment in Friends, anyone?) we got in touch with people who've actually lived in rent controlled places and had a bit of a dig around.

Caroline Dickie used to write for these parts before heading off to America's West Coast. She currently lives in a rent controlled apartment in San Francisco.

San Francisco is one of a few Californian cities to offer tenants extra protection through rent control ordinances. Generally, the rule in California is that landlords may raise a tenant's rent at the end of a lease period provided they provide the proper notice. (In the US most leases are either on a one year or month to month basis.) For raises under 10%, the proper notice is 30 days. For raises over 10%, it's 60 days. Although it's not really allowed, many landlords raise rents with the sole purpose of evicting tenants. Many California cities also have "just cause" ordinances, which limit when landlords may evict. For example, a landlord in a "just cause" city may not evict a tenant merely because his or her lease has ended. A just cause would be a lease violation or a landlord wanting to move his or her family into the building.

SF and other cities with rent control ordinances take these protections further by limiting how much and when landlords may raise rent. From what I understand, the percentage is tied to inflation, meaning that the rate will vary from year to year. Recently it's fluctuated from 0.1%-1.9%. The rent can only be raised on or after the tenant's "anniversary date". Once it has first been raised, it may only then be raised on the anniversary of the raise (so only once a year). Landlords may also pass on other costs to tenants, which are part of capital improvements or operating and maintenance costs. However, what the landlord may claim as an improvement or operating cost is limited and must be approved by the rent board before being passed on to tenants. Tenants should have the opportunity to dispute the costs before the rent board.

Most buildings built before 1979 (the year rent control was voted in) are subject to rent control protections while newer buildings, condos and single-family homes are not.

Rent control is fairly controversial, although I doubt SF will abandon it anytime soon. On the one hand, people like myself would really struggle to pay rent without rent control (and even with it it's hard!). Rents in SF are moving upwards extremely quickly because so many people want to live here and zoning regulations, condo ordinances and other factors make it extremely difficult for the city to add new buildings. To give some perspective, when I first moved to my current two bedroom apartment two and a half years ago, the average rent for a one bedroom was about $2,100 per month and a two bedroom was around $2,500 per month. Now the average rent for a one bedroom is $2,700 per month and the average two bedroom is closer to $3,400 per month. If my place wasn't rent controlled I probably would have had to leave after the first year unless my landlord was feeling really nice. I'm also currently on a month-to-month lease, which would leave me even more vulnerable to raised rents in a city without a rent control ordinance.

On the other hand, rent control probably accounts, at least in part, for the high rents. Many building owners who used to rent out units now choose to keep them vacant because they don't make enough money through renting it out to make up for rising improvement costs. (Many long term tenants may be paying $1,000/ per month or less for a two bedroom apartment in a hip part of town.)

It also has the effect of rapidly gentrifying the city. For those not lucky enough to snag an apartment a few years ago, the starting rent price is too high for most. Some have criticised rent control for helping to subsidise rent for the wealthy instead of serving lower income tenants, which was its original purpose. As a result, lower income tenants move away from SF to other surrounding cities or move to the farthest reaches of SF, which might still be slightly affordable. Landlords have also begun converting vacated apartments into condos, which are not protected by rent control.

Germany is often cited as being über alles when it comes to tenant rights in Europe. Londonist's friend Ed spent several years living there before moving to Switzerland and admits he didn't know how lucky he was:

once you're in a place as a tenant [in Germany], you can basically do whatever the hell you want and they can't do anything about it. That's the total opposite to Switzerland, where Landlord has a good old time at the tenant's expense, literally.

He did direct us to this article on the Naked Capitalism blog which, in his opinion, sums up the situation pretty well. In short, Germany has more liberal planning restrictions than the UK, so supply isn't as constrained. Rents are regulated and people have secure tenancies – often "unlimited" contracts. Yet landlords aren't scared away from private rents; around 60% of Germans rent rather than buy, and the majority of those tenancies are private. This creates a large voter bloc so politicians are motivated to work for tenants' rights, rather than the case in the UK where politicians are running scared of a drop in house prices.

Shelter's Homes for London site also has a first person account from someone who moved from Peckham to Berlin.

An article from Inside Housing last November looked at Paris's introduction of rent controls in a bid to stop residents being priced out, likely to include measures to cap rent increases.

By law, Paris has 20% social housing (soon to rise to 25%); it also imposes strict affordability measures on new developments in certain areas – 50%, which stands in stark contrast to London's meagre percentages (Convoys Wharf in Deptford proposes 14% "affordable housing" i.e., up to 80% of market rent; Earls Court (PDF) proposes 20%, but half of these are direct replacements for homes being demolished). From what we can make out, rent controls are intended to help the middle classes on low income who don't qualify for social housing, but are also being squeezed out by gentrification.

Inside Housing quotes Frédérique Lahaye, director of housing at the equivalent of Paris's council, on the subject of regulation scaring off landlords:

Ms Lahaye rejects [Boris] Johnson’s argument, saying landlords invest for the increased asset value of the property, not for the rental income. "There is no connection between the price of real estate and the level of rent," she states.

We're often told that it's too late to introduce rent controls to London and that our housing system wouldn't support it. While there are significant differences between us and Paris (Paris has way more subsidy going into affordable housing, for a start), it'll be interesting to see how the French scheme fares.

Photo by Ziemowit Maj from the Londonist Flickr pool