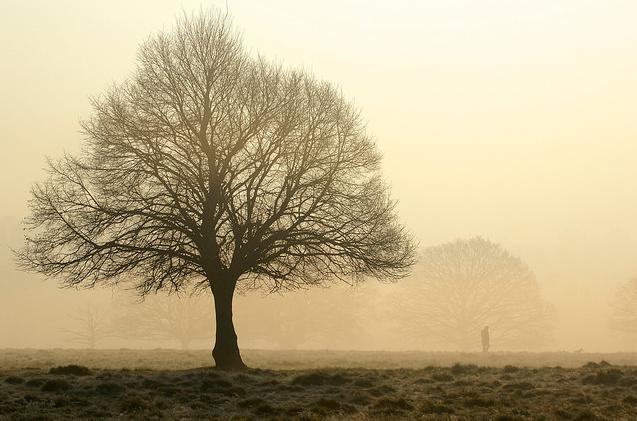 This episode of air pollution is primarily down to particulates — tiny particles that we breathe in and can embed themselves into our lungs. It's being largely blamed on pollution being blown in from Europe and sitting over the south east in these fine, still weather conditions. The morning fog today and yesterday has also contributed to moderately high nitrogen dioxide levels because the traffic pollution from rush hour hasn't been able to disperse into the air.

Normally air pollution is worst near busy roads and that's true today (your correspondent just walked up Lewisham High Street and is now experiencing a nasty sinus situation, urgh) but pollution levels away from roads are also classed as 'very high' by the Department for Environment, Food and Rural Affairs. Air pollution can affect people with respiratory problems like asthma, and also heart disease. It's estimated that air pollution prematurely kills around 4,000 Londoners a year.

The London Assembly Greens have repeated their call on the Mayor to issue smog alerts on high air pollution days, so people in at-risk categories can make informed decisions. At the moment Londoners can sign up for alerts from the London Air Quality Network, run by King's College, or local boroughs, but nothing with quite the impact an announcement from City Hall would have.

If we're talking centralised action on air pollution, Paris is taking a stand. The French capital is having similar problems to us and as well as issuing health alerts, has made public transport (including the Velib cycle hire scheme and electric car sharing) free from today until Sunday in an attempt to mitigate the haze.

It's too late to take that kind of action here — we'll be getting winds from the northwest tomorrow, which will dissipate much of the pollution — but it's an example of the kind of imaginative thinking that could be implemented the next time. Because there will be a next time.