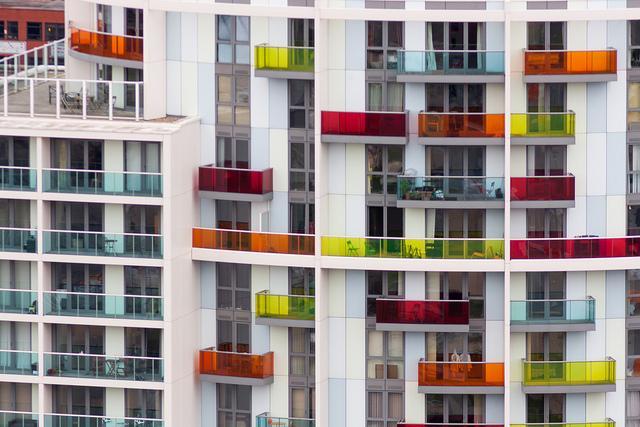 The issue of investment – particularly foreign investment – in London's property market is a hot one at the moment. There are fears that the city's homes are becoming safe havens for people to get a return on their money rather than in low interest savings accounts or volatile financial markets. And that, in turn, leads to fears of creating a housing bubble of rising prices and a generation of Londoners stuck in rented accommodation.

The British Property Federation has produced a report (PDF) looking at who bought the 21,300 new build homes in London last year and why. The BPF represents the interests of those involved in real estate ownership, so it's no lefty think tank. After talking to developers and examining information on sales in 2013, it finds that a staggering 61% of new homes were bought by investors last year.

48% of those investors are in it for Buy to Let; 29% are small landlords with a couple of properties, 15% are investors with large property portfolios and 4% are even wealthier institutional investors buying up entire blocks. 5% of investors buy with the intention of selling on once the development is completed. A further 8% are 'Build to Let', large companies who build or buy entire blocks with the intention of renting them out. Compared to the problems that can arise when your landlord just looks after one or two properties and may not have a clue about legalities, the idea of institutional investors who know what they're doing isn't necessarily a bad one if what you're interested in is renting. But if you want to buy, of course it's just another method of snapping up homes from underneath you.

Just 32% of new homes – less than a third – were bought on the open market by Londoners who intended to live in them. Another 7% were sold as affordable homes, usually as shared ownership.

This report also goes to some lengths to define an overseas investor, and doesn't count someone who currently resides here but was not born in the UK. We think that's right. Estate agent Knight Frank went through land registry documents for sales in the 12 months up to June 2013 and found that 49% of luxury central London property is bought by overseas investors, as well as 20% of new builds in inner London and 7% in outer London. Asian residents dominate the buying, but investors from Europe, the Middle East, Russia and North America are also interested in parking their cash here.

We already know that without up-front investment from buyers over the last few years, it's unlikely many new developments would have been built as banks became increasingly conservative with lending. But 60%? Yes, we know ordinary buyers can still get a 'second hand' home, but the whole point is that London doesn't have enough to satisfy demand and that's why there's a desperate clamour for construction. Except that if demand isn't being properly met by the new supply, that'll continue to add pressure on the remaining stock and confirm our status as a renting city. Hello, bubble.

The BPF report does think that economic conditions will rapidly lead to an evening out of the investor/owner occupier imbalance and expects to see the ratio at 50:50 shortly, if it hasn't happened already. But is even that too high?