Where Are Next Year's Transport Fares? 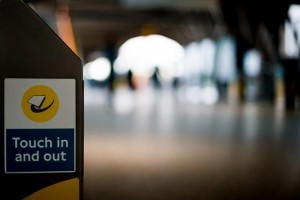 It's 2 December, which means there's a month until we start paying higher fares on the transport network. Yet Transport for London still hasn't told us what those fares will be.

Paragraph of wild speculation klaxon: we have a hunch we'll find out the fares on 5 December. That's when the Chancellor makes his Autumn Statement on the economy. Remember in 2011, when fare increases of up to 7% were reduced to increases of around 6% following a grant from George Osborne? That was announced on 2 December. We're wondering if Boris Johnson has been back at the Treasury's door, cap in hand, asking for another pot of money to hold down increases. If we're right, we wouldn't be at all surprised if George wanted to make the announcement himself so we all know it's his munificence we're benefiting from, not the Mayor's. (And Boris's speech last week, widely interpreted as him making a land grab for the Thatcherite elements of the Conservative Party in the event of a leadership contest, probably hasn't endeared him to the government.)

Back on firmer ground, we know that TfL's business plan calls for annual fare increases of RPI inflation plus 1%. Inflation in July, which is what all other train fares are calculated on, was 3.1%, so we're expecting rises of 4.1%. That would make a monthly zone 1-3 travelcard cost £142.40. We'll find out soon enough whether that's what actually happens.

Photo by Chris Ballard from the Londonist Flickr pool