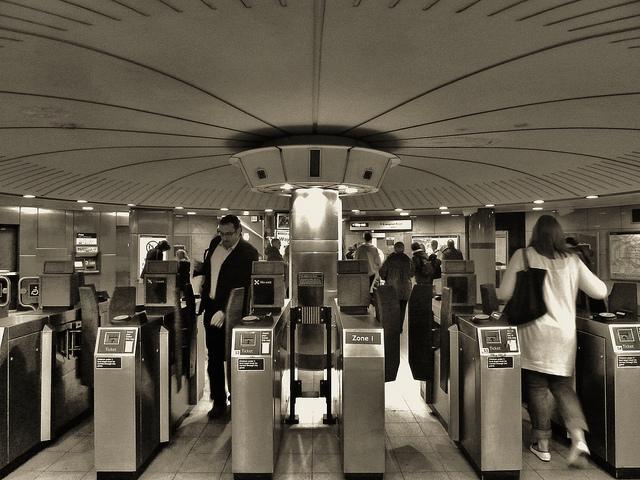 The Standard has been given the scoop on next year's transport fares.

According to the Standard, it's good news if you use Oyster Pay As You Go on the tube, DLR and Overground as most journeys, including daily capping, are frozen (the exception being single journeys in zone 1 and zones 1-2, which rise from £2.10 to £2.20). It's also good news if you're one of the 1% of bus passengers who pay in cash: your £2.40 fare is frozen. The daily PAYG bus fare cap also stays the same.

The rest of us are paying more. Travelcards will rise an average of 4.1%, in line with national fare rises (so we assume the Chancellor hasn't been forthcoming with a grant to reduce rises as he was in 2011). Cash fares on the Underground rise 20p on all journeys. And here's the one we find strangest: PAYG single bus fares are going up by 5p to £1.45, and the 7 day bus and tram pass is rising 80p to £20.40 (a 4.1% increase), despite buses being the mode of transport favoured by the less well-off. You're also only going to be able to get a paper off-peak one-day travelcard for zones 1-6 in future.

Transport for London is selling this as an overall 3.1% fare rise, but of course each person's experience of that is going to very much depend on how you travel. Most regular commuters, whether by bus, tube or train*, will be hit by the 4.1% increase as most commuters get regular travelcards.

We're also wondering the same thing we were yesterday: what took so long? The money to fund the Oyster freezes is coming from TfL: £350m over 10 years, to be met by efficiency savings (hello, ticket office closures) and higher commercial income. But with these new fares taking effect in less than a month, was TfL really just taking forever to sort out its budget? We still have a sneaking suspicion that there were negotiations between City Hall and the Treasury, presumably fruitless, that everyone hoped would result in some money for travelcard holders as well. After all, George Osborne is widely expected to announce a £30m gift towards the Garden Bridge in his Autumn Statement.

Edit: you can see fares for one and seven day travelcards, bus and tram fares, PAYG fares and capping on the GLA website.

Edit #2: the Mayoral Decision on fares has been published to the GLA website and you can now download the full fares breakdown. National Rail fares within TfL zones are going up by 10p-30p per journey. One interesting thing we noticed while calculating our own journeys into London: it's now cheaper, when travelling off peak, to get a bus instead of a tube as a through fare on PAYG.