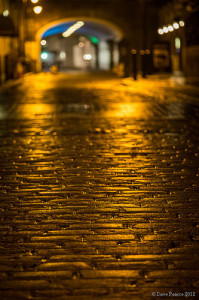 The Resolution Foundation has released a report on Low Pay today. It shows that 16% of Londoners earn below the London Living Wage (LLW).

The report is the latest to highlight the ever-increasing gap between pay and the cost of living — figures from the Trades Union Congress (TUC) suggest London workers have seen an £80 drop in their weekly wages in the past five years. Shadow London minister Sadiq Khan said:

“The fact that 16% of Londoners earn below the London Living Wage is an indictment of this Government’s complete failure to get to grips with the cost-of-living crisis in the capital. The cost of housing, bills and transport are skyrocketing in London while real wages are falling."

London Mayor Boris Johnson has pushed for the London Living Wage to become the norm, but while a fairly impressive array of businesses pay it, an even more impressive array of businesses do not. In July, a Citizens UK report revealed a list of government departments who pay below the LLW. Green Party AM Jenny Jones pointed out that just 0.03% of London businesses will be signed up to the LLW by 2016 if Johnson sticks to his current target of 250 employers, calling on the Mayor to make it mandatory:

“Now that poverty pay is on the agenda, the Mayor should be bold and call for the 700,000 Londoners on poverty wages to be brought up to the living wage, starting with people working for big businesses. They need to earn enough to build a life on, covering their basic living costs and giving them time to see their family and be involved in their community."

Jones also makes the very valid point that a wage increase would slash the benefit bill — when we looked at the cost of living in London on a low wage we found that it would be a struggle and an increasing number of people actually in work rely on benefits to survive. You can see Jones' report, Closing London's Wage Gap, here. And now that 'affordable housing' appears to be defined as up to 80% of market rent, we don't see things getting much better without a wage increase.

Meanwhile, the government are apparently considering ways to raise the national minimum wage but, as always, the fine line between keeping people out of poverty and making sure businesses can still afford to give the jobs in the first place remains to be trodden.

Photo by Dave Pearce in the Londonist Flickr pool.