Is The Walkie-Talkie Building Melting Cars?

By M@ Last edited 113 months ago
M@ Is The Walkie-Talkie Building Melting Cars? 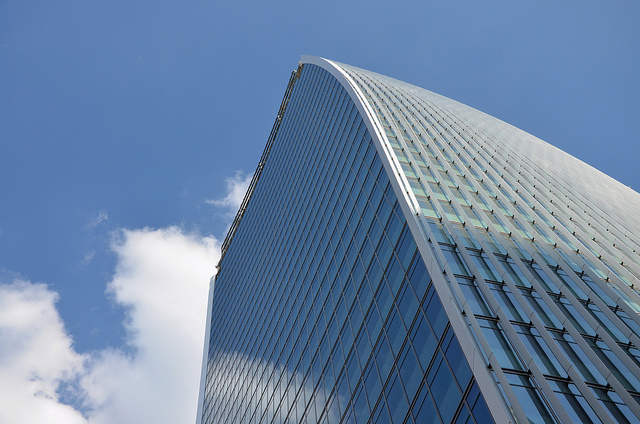 A couple of reports have emerged over the weekend suggesting that London's latest novelty skyscraper might be a menace to road and pavement users. Is the curvy Walkie-Talkie building (properly called 20 Fenchurch Street) focussing the sun's rays onto Eastcheap below, like some giant Archimedes' mirror?

On Friday, the Evening Standard went along to investigate the rumours. Rather than taking along technical heat-sensing equipment like, say, a thermometer, the newspaper proved the existence of the hotspot by photographing a succession of attractive female passers-by sweltering elegantly in its glare.

City AM has evidence of a more persuasive nature. Martin Lindsay, director of a tiling company, reckons that the intense light reflecting from the building has melted parts of his Jaguar XJ, which was parked in Eastcheap during the hottest hours of the day. Further drivers have now come forward with similar claims.

The City of London has suspended three parking bays for the time being, to allow tests to take place.

The Walkie Talkie building, due to open next year, already boasts London's most preposterous nickname. Will these revelations (if true) provoke a new sobriquet? The Walkie Scorchie has already been mooted, but we reckon you lot can come up with something better. Suggestions below.